You may have heard that Della and I got stranded in Las Vegas. On our way to Utah, in honor of Bappa Paul getting promoted to that big radio station in the sky…after a layover in Chicago and icy roads in the DMV (that’s DC-Maryland-Virginia)…just when it was time to begin our descent into the Wasatch Valley…the pilot says he has good news. For anyone travelling to Las Vegas. Planes are sliding off the runway in Salt Lake. Airport closed. Next stop Sin City.

Okay, so an hour and half later we land in Las Vegas. Of course, they’re not expecting us, so there’s no gate for disembarkment. Oh, now we have a gate. No wait, there’s a medical emergency at that gate. Good news, a customer service representative will board the plane and help each of you with rebooking. Actually the customer service representative has an announcement: “Salt Lake is not happening today.”

Ray, who like many of us was on vacation, organized a motorcoach to rescue 56 of the stranded passengers from Southwest Flight 280 for just $50/person. This is extremely reasonable, except I only had $60 (really) and there were two of us travelling. Ray said, no problem, plus: buy yourself some food first, plus: you can have my seat for the baby, I’ll walk up and down the aisle or sit on the steps for eight hours.

Of course, I offered to repay him with free publicity on my highly influential blog. So if the seven of you ever need to book a fleet of motorcoaches, your choice is simple.

Here we are waiting for the motorcoach. John Kim from the Chicago Tribune took some pictures of Della because she is so attractive.

John had been on his way to photograph a winter sports team but had to settle for this junior athlete. 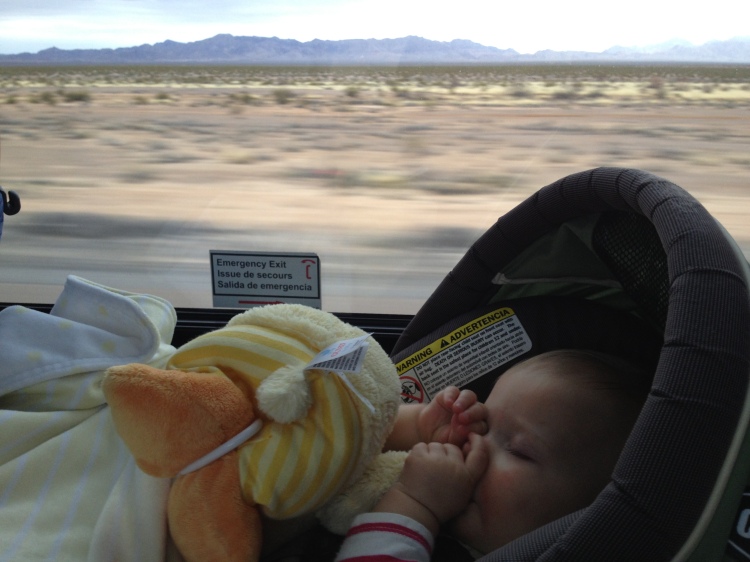 Check out the scenery, courtesy of John Kim.

Trip highlights: Seeing a pyramid and palm trees in January. Finding a changing table at the IHOP in St. George. Watching Taken 2 with Liam Neeson (psych!!). Hearing from the other passengers about Della’s good behavior. There was some talk of sainthood.

In his spare time, Ray created this photo collage. You might be able to spot us in the bottom right photo. 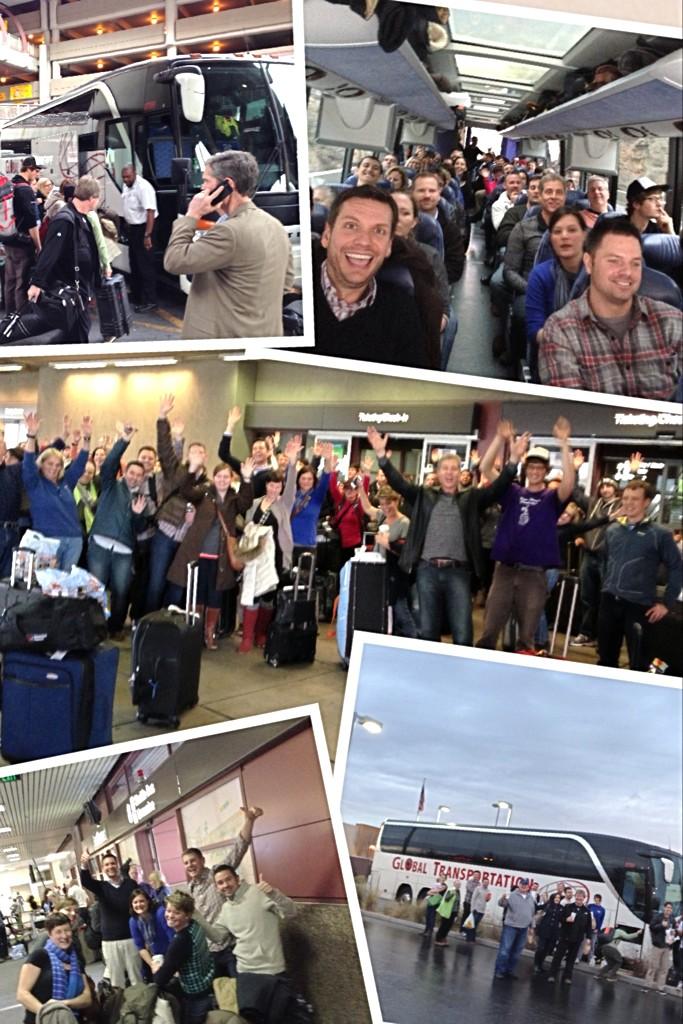 I was given a lot of credit for getting through this with a baby. But Della was easier than a suitcase. Thanks, Della. 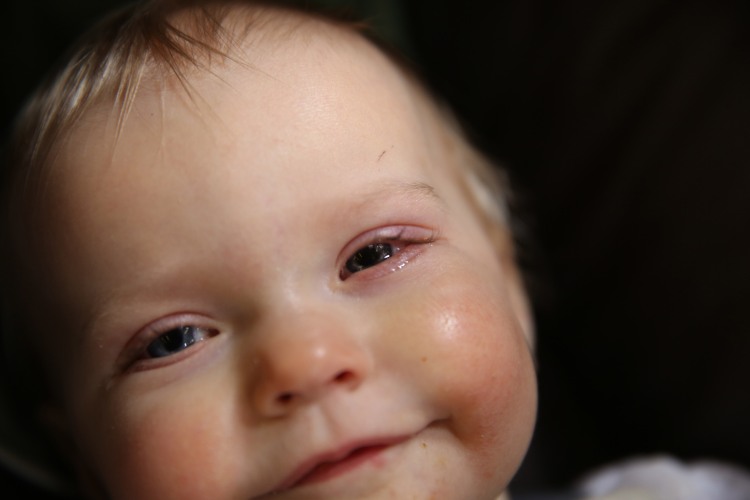 And thank you, Ray!

5 thoughts on “Planes, Motorcoaches and Automobiles”