Thanks to a special deal at Giant, Della had lobster dinner two nights in a row. She doesn’t much care for lobster, but she sure likes butter. At first she tried dipping food (lobster, corn, potatoes, popsicles) in the butter sauce, but found it was more efficient to scoop it out with a hand and then both hands. Finally she brought the dipping dish up to her mouth for a drink, and that’s where we drew the line. By the end of the meal, Della was glistening like a well-oiled body builder. 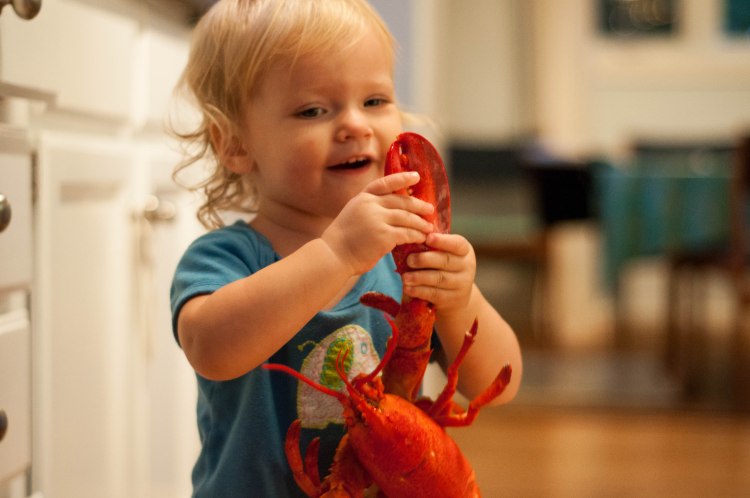 Today we went to Burke Lake and rode the choo choo train, took a carousel ride, and ate ice cream and rainbow sherbert. Della even got to see some real babies, to whom she waved aggressively. Later we went for a short walk, and Della examined the gravel on her left hand.