This was the scene before the guests arrived. 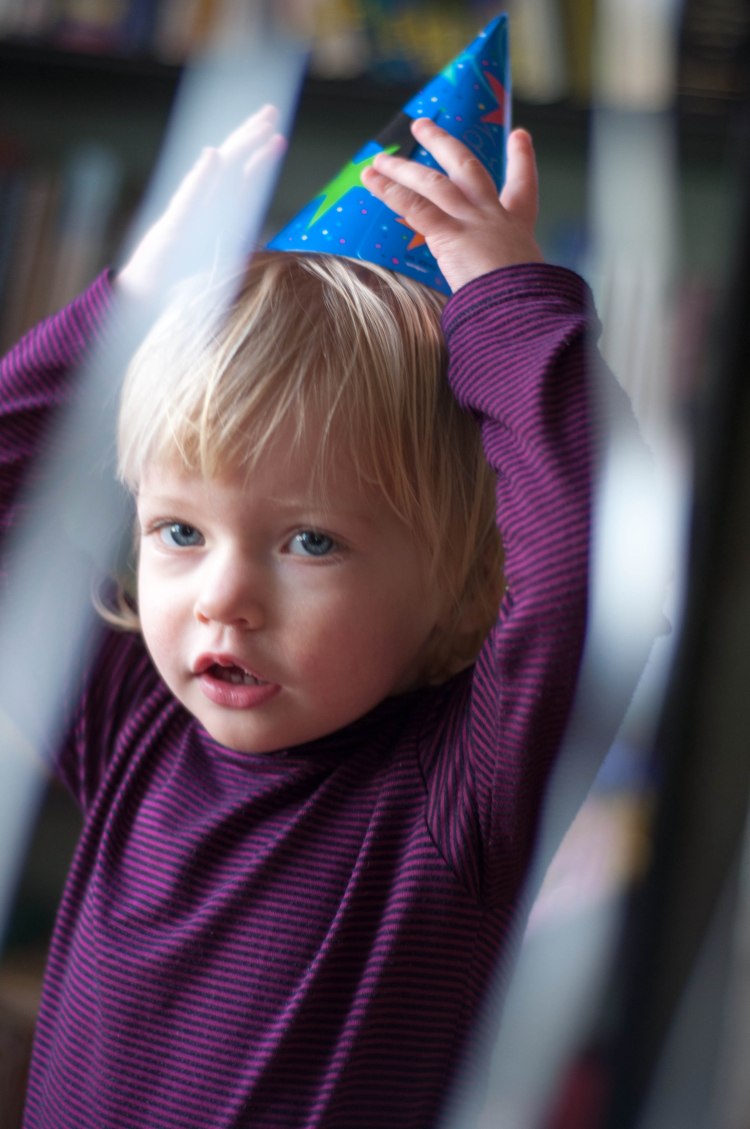 Ama was here to hold the baby and help us get ready.

Then everyone got here. Della was so excited, she threw up twice. There was an aggressive balloon and bead parade led by Paul and dancing to club music, also led by Paul. Linda brought a ham and Costco made mac and cheese. We opened presents. That’s Paul in the fairy wings and rainbow tutu. 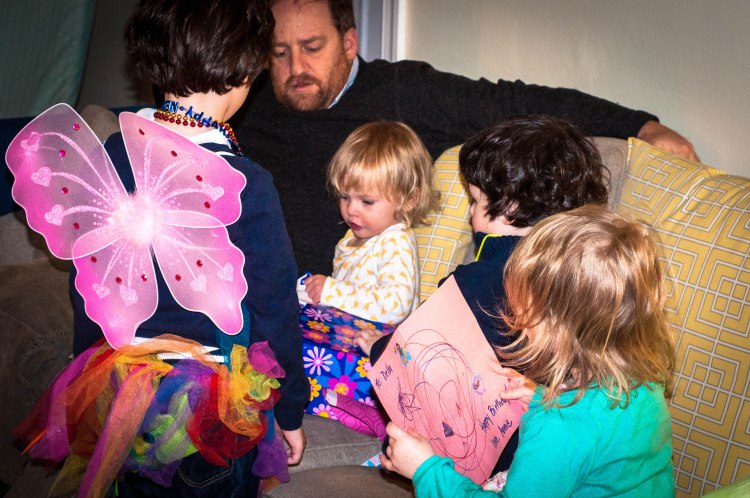 Annie wins for best impression of her photo from Della’s first birthday.

Neither was this guy. 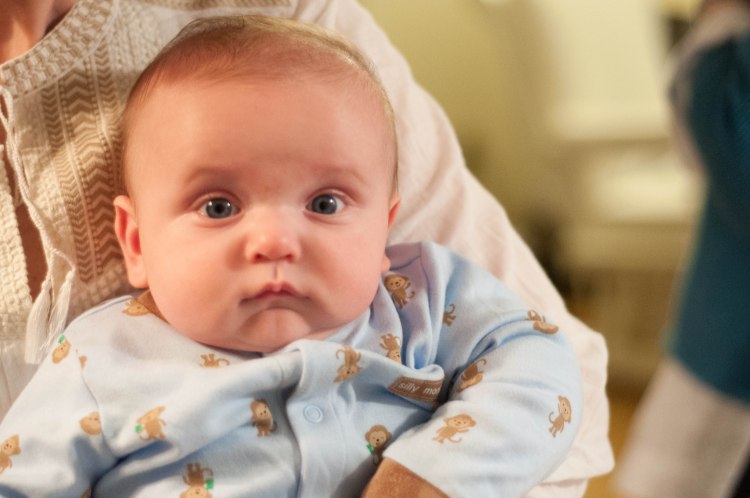 This party is boring.

I’m too handsome to smile. 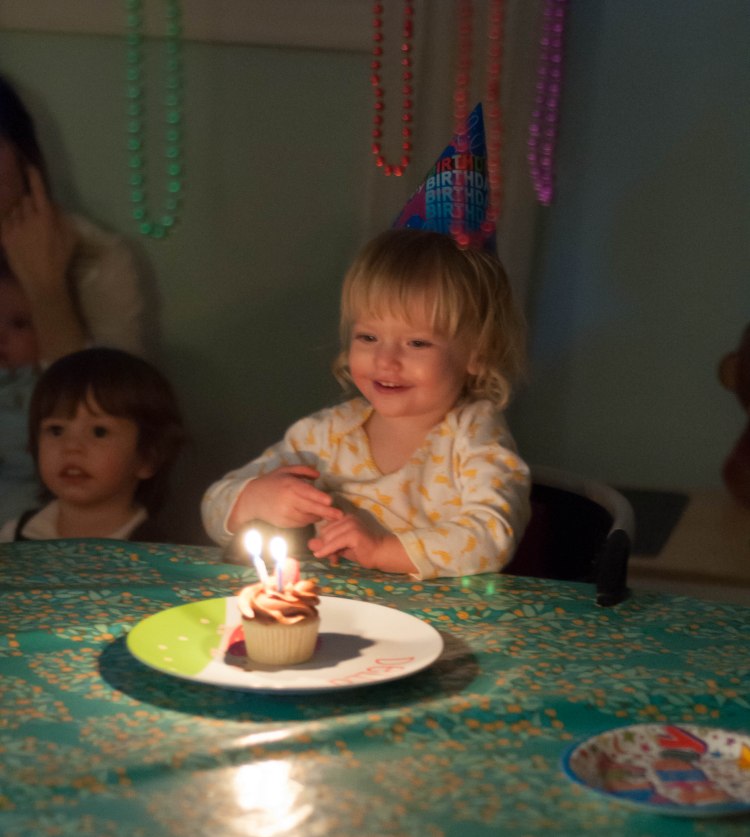