So far today we have done many, many of the activities you will find pinned on Pinterest and featured in slideshows on Parents.com. And we can report that doing all of these activities only occupies maybe 45 minutes of toddler time. To fill up an entire day, you have to add in viewings of Frozen and Jungle Book and a half hour of back rubbing to get George to nap, among other un-pinnable accomplishments.

But back to our many creative, engaging, imagination-building, core-strengthening pursuits. The day started with a difficult obstacle course.

George got out for a sled.

He stuck his tongue out the whole time, hoping to catch a few flakes, which of course he did. 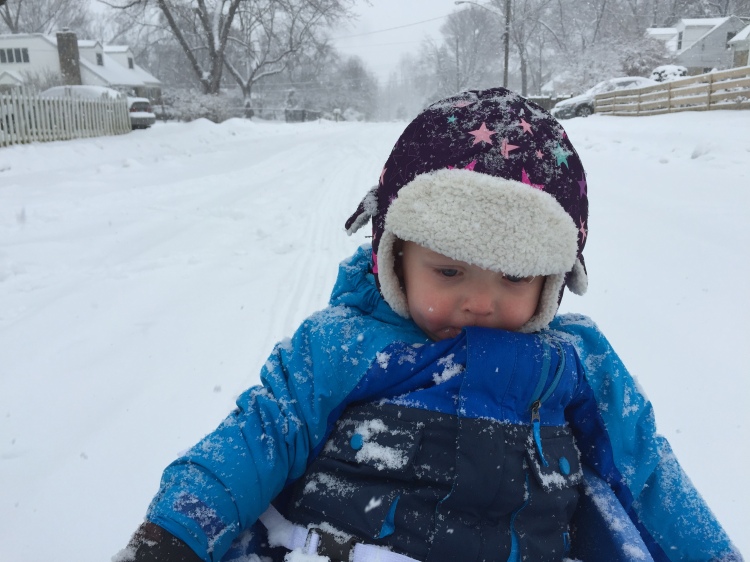 Inside, we made ice cream out of snow and cupcakes out of a box mix. We brought snow in the kitchen and played with it. We brought more snow in the bathroom and took a bath with it. We made snow cars, snow cookies, snow balls, snow pears, snow mice, and snow rats, all of which looked approximately the same. We made purple ice cubes that I said I would throw out into the yard for Della to go find. Steve laughed at that. But that was a real idea from more than two websites.

Here is some recent school work that I’ve been meaning to share: 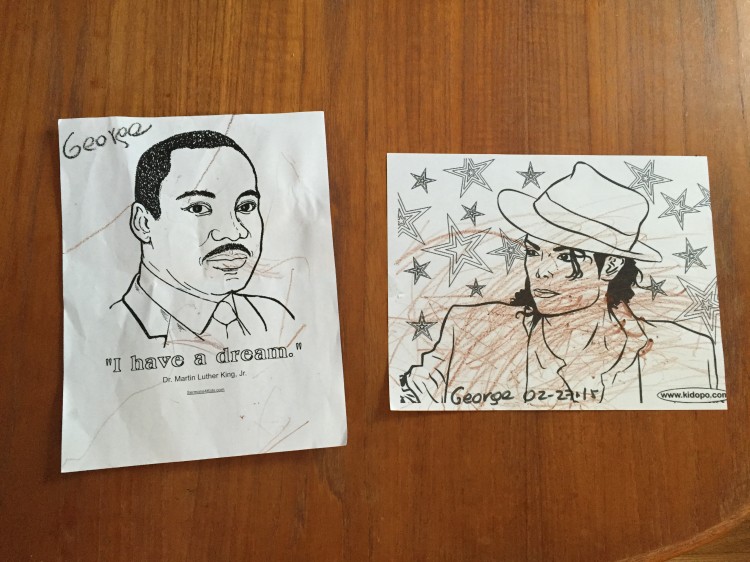 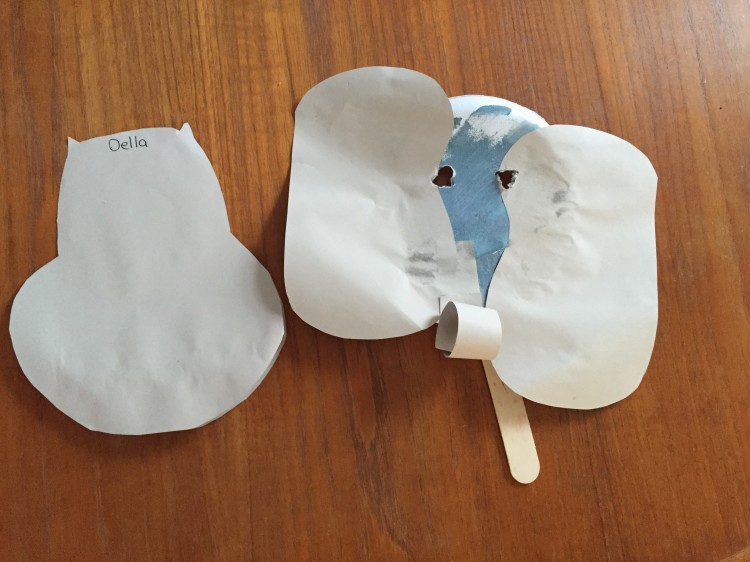 This is Della at Steve’s office on Monday. 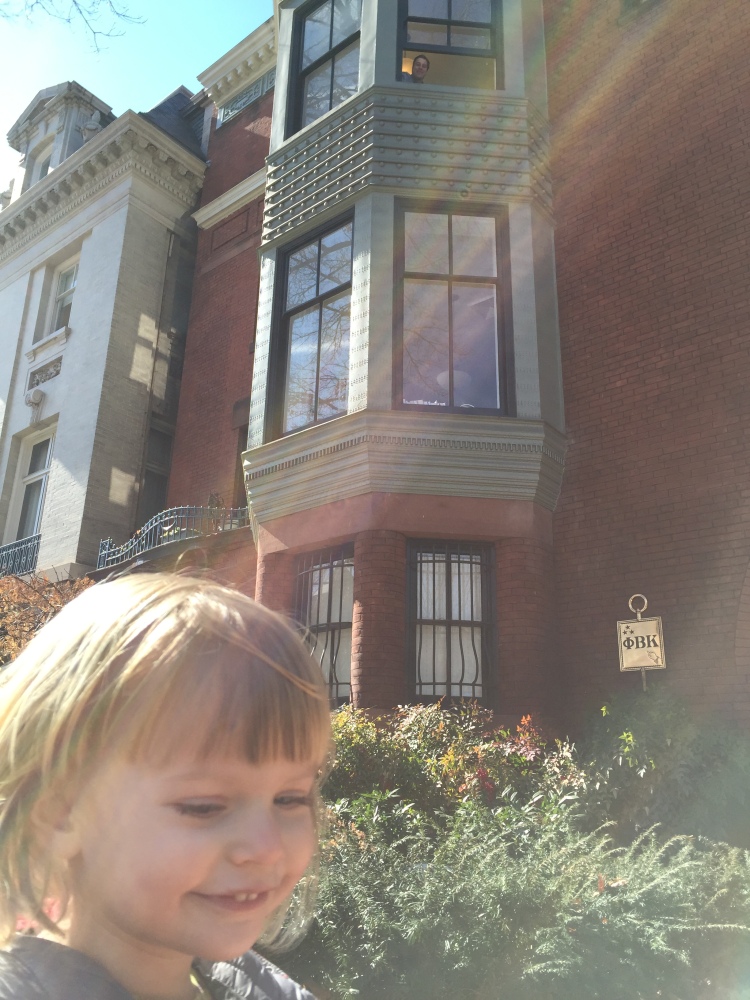 And this is George edging me off of the bed in a very typical way.