As seen on Instagram, Della and George have a new cousin – Nell! Della calls her Nella and says that she will be her (Della’s) sister when she gets big. Sorry this picture is grainy enough as to resemble an ultra sound. I can assure you that Nell is a beautiful specimen with an equally attractive temperament.

Meanwhile it was scarecrow day at preschool, and Della wore this outfit.

Also meanwhile, George eats raisins straight out of the canister for breakfast. Actually the canister pictured is well empty, and now we are buying raisins by the 3-pound bag.

Here we have George pretending to be Baby Nell.

This is a community theater we set up. At one point Della had me sitting in the audience, and she was sitting next to me saying, we’re waiting for the kids to come. I said, are you going to get up there and act out a show? She said, No! I’m the writer!

George is warming up to a new lovie, which he calls Kitty Bob and sometimes Kitty Bobby, which is a lot like Ricky Bobby from Talladega Nights.

And finally: our September pumpkins melted into moldy pumpkin puddles, giving us an excuse to get more pumpkins. Lest you think it is not fall: 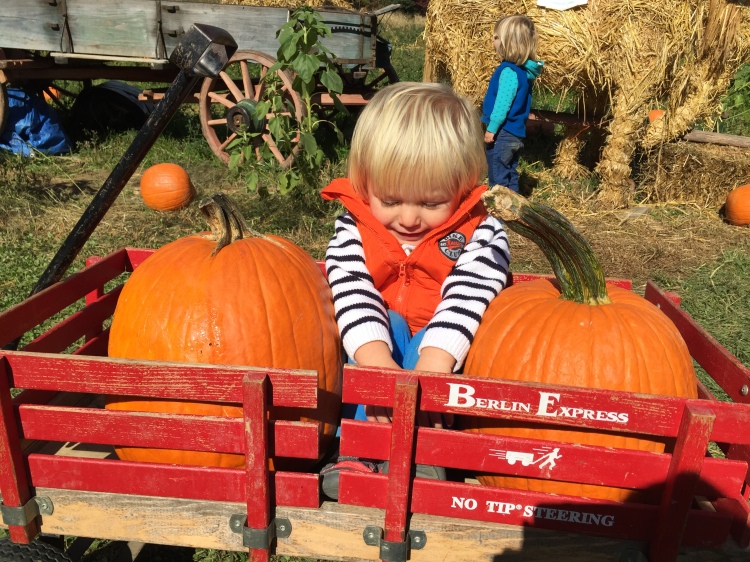 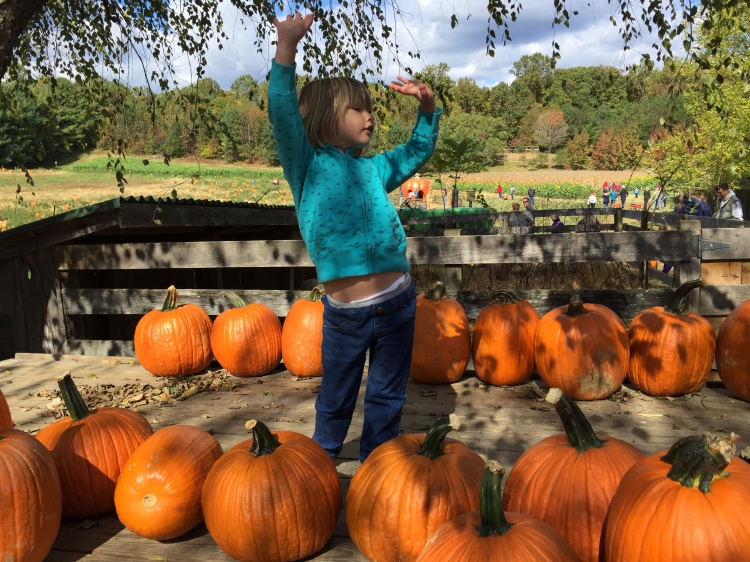 And most finally of all: Della and George temporarily immortalized as ornamented paper cut-outs by fun mom and also my boss Jen.