In Sacramento last weekend, I met in person a lot of Paul-owned alpacas, as well as his three goats, who are named Paul, Adam, and Katie. 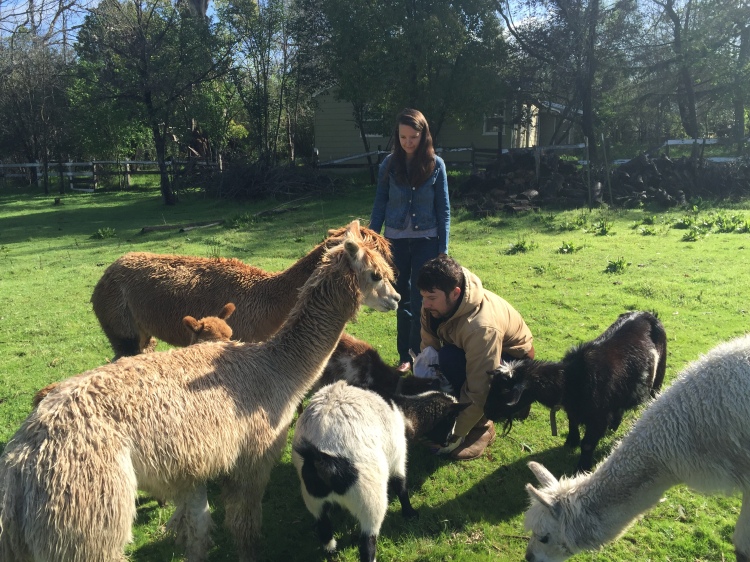 Readers, I have to tell you that alpaca baby Pip Squeak died a sudden death in early January. So it has been a completely terrible year for us. 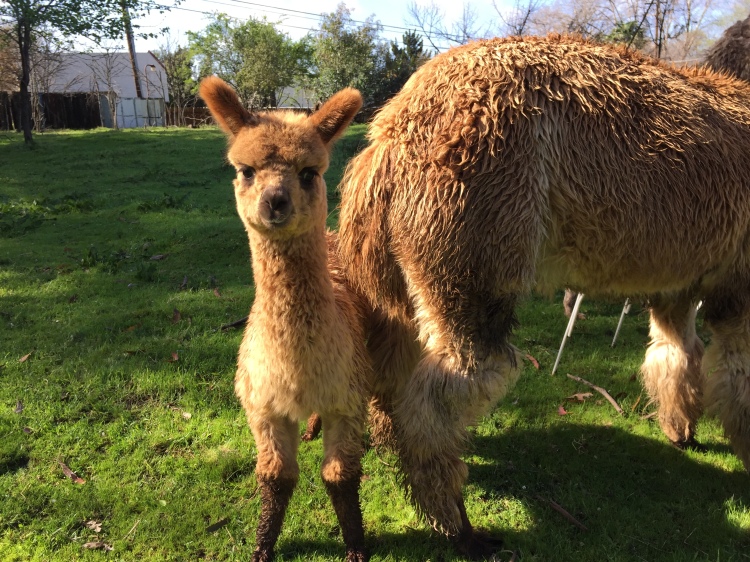 … There is a new baby in town! Baby Bennett, who is a girl, and who was born pretty much the same day that Pip Squeak died. If you are going to own livestock, or have any human friends, you are going to have to get used to death, okay? 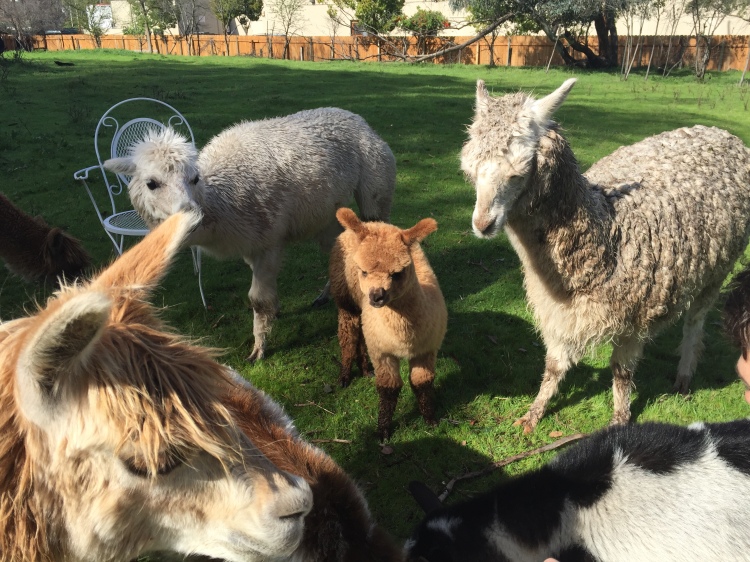 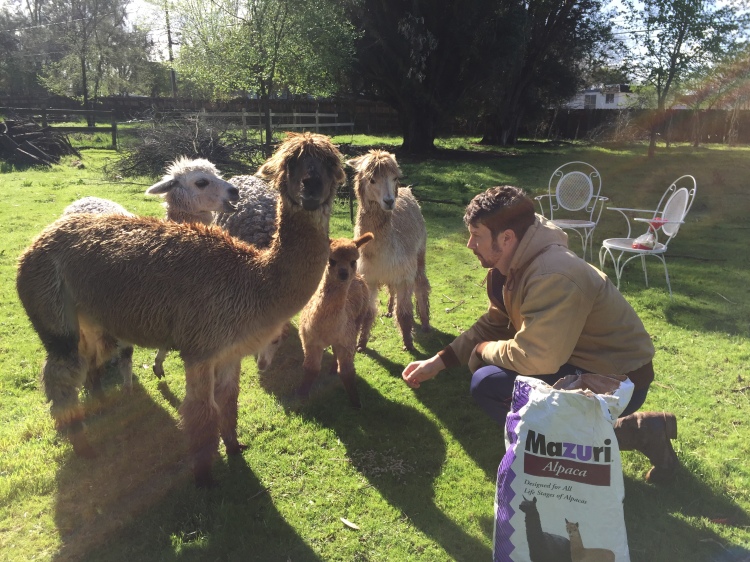 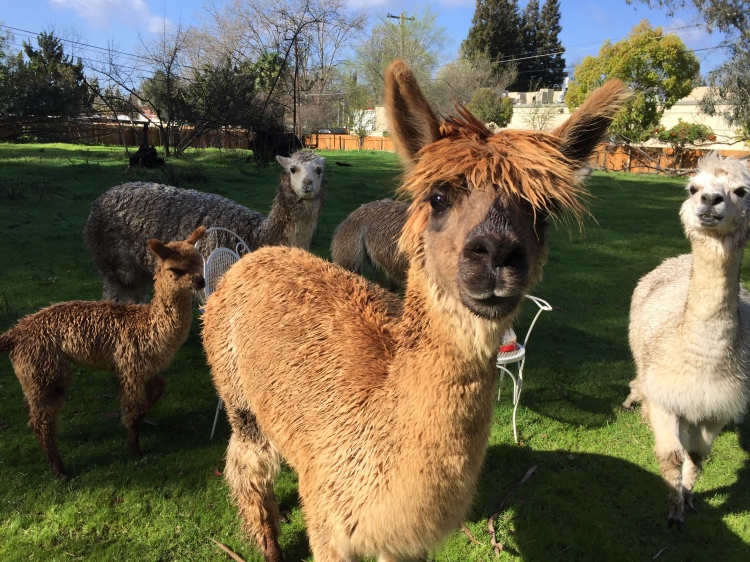 It was great to see Paul’s suburban farm and all the projects he has going on and what he’s done to my grandfather’s house, where my mom and her brothers and sister grew up. 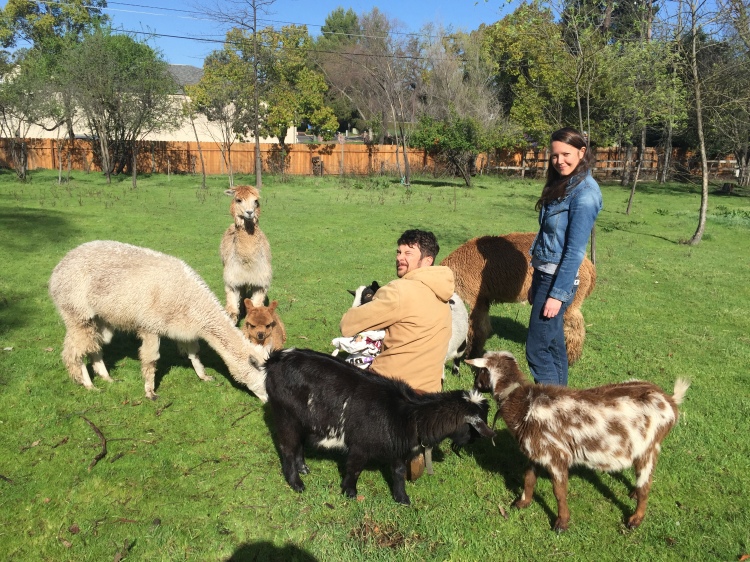 This is how Paul dresses all the time, and it’s really embarrassing, even though he means to be ironic. 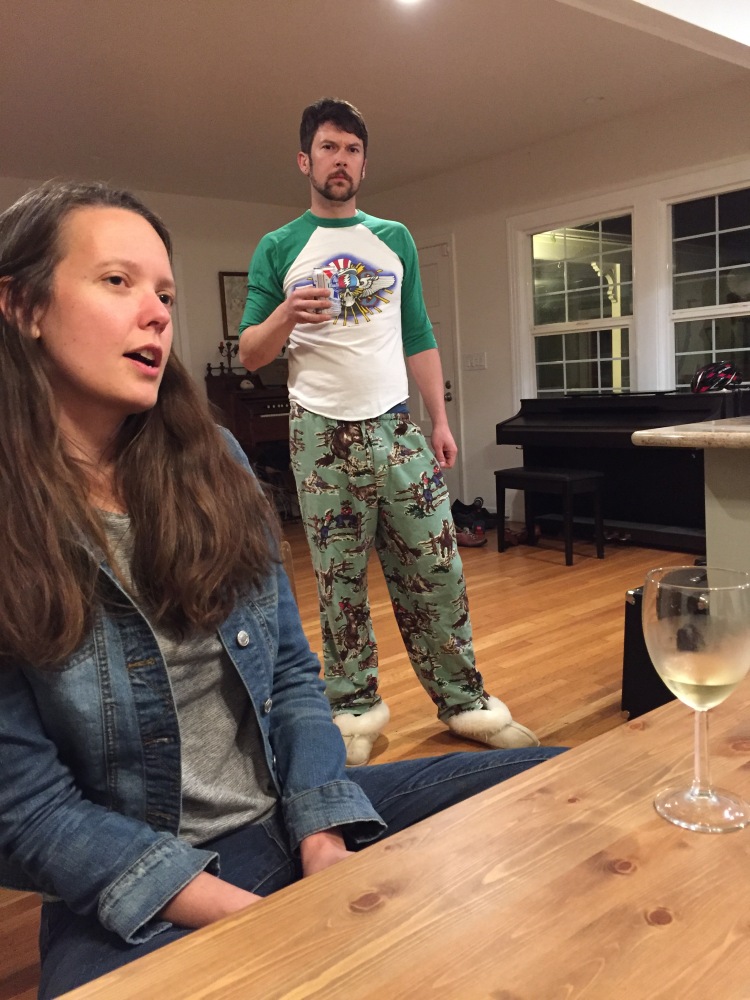 Meanwhile in Sacramento’s historic Midtown neighborhood, cousins Violet (8) and Clea (4) are going hard, being good kids and doing cool tricks, even letting their parents floss their teeth, which completely blew my mind, but I didn’t say anything because I wanted everyone to think that pediatric flossing is something I engage in all the time.

I don’t want to compromise their secret identities, but at least understand that Violet and Clea have a lot of good toys, Violet is learning to tap dance, and Clea loves dinosaurs. 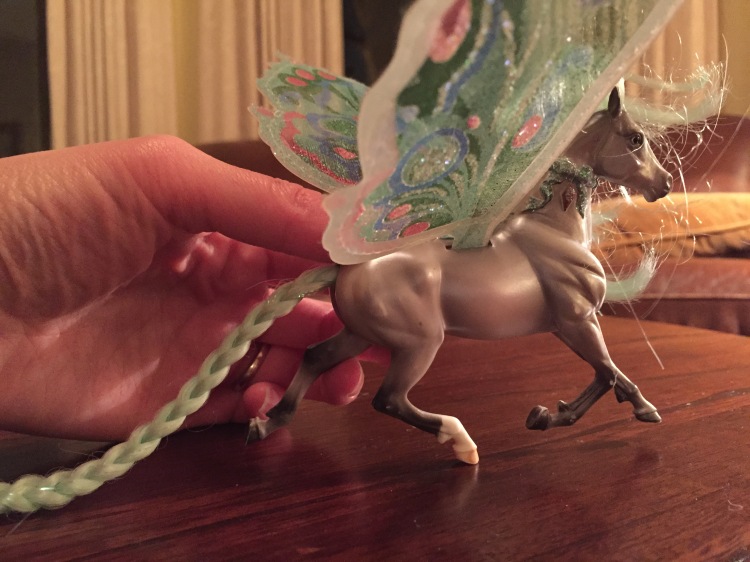 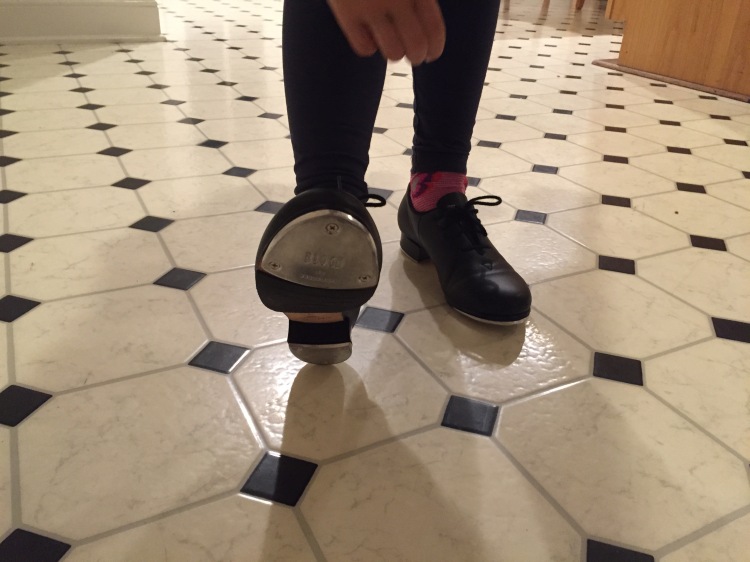 Back home, Della took this picture of Aroo.

And George drew some drawings, and I don’t mean to brag, but as he was drawing the orange zigzags, he said, “I make an M!” Call me easily impressed, but I thought this was very smart. 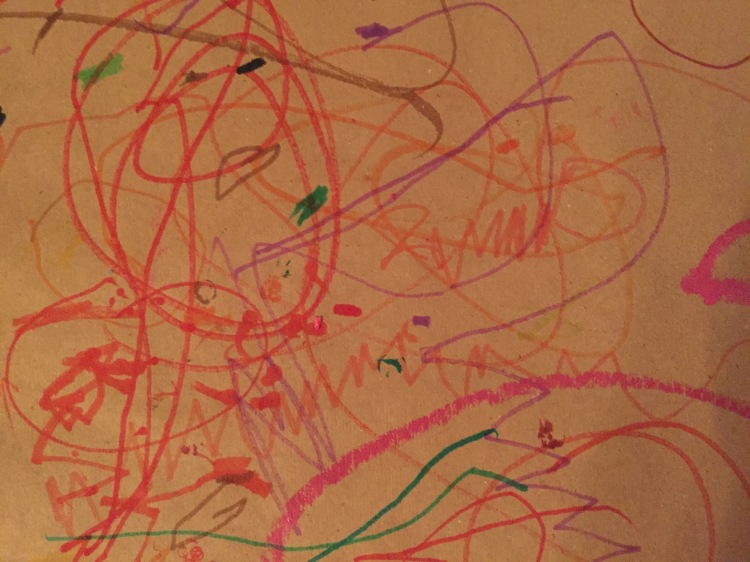 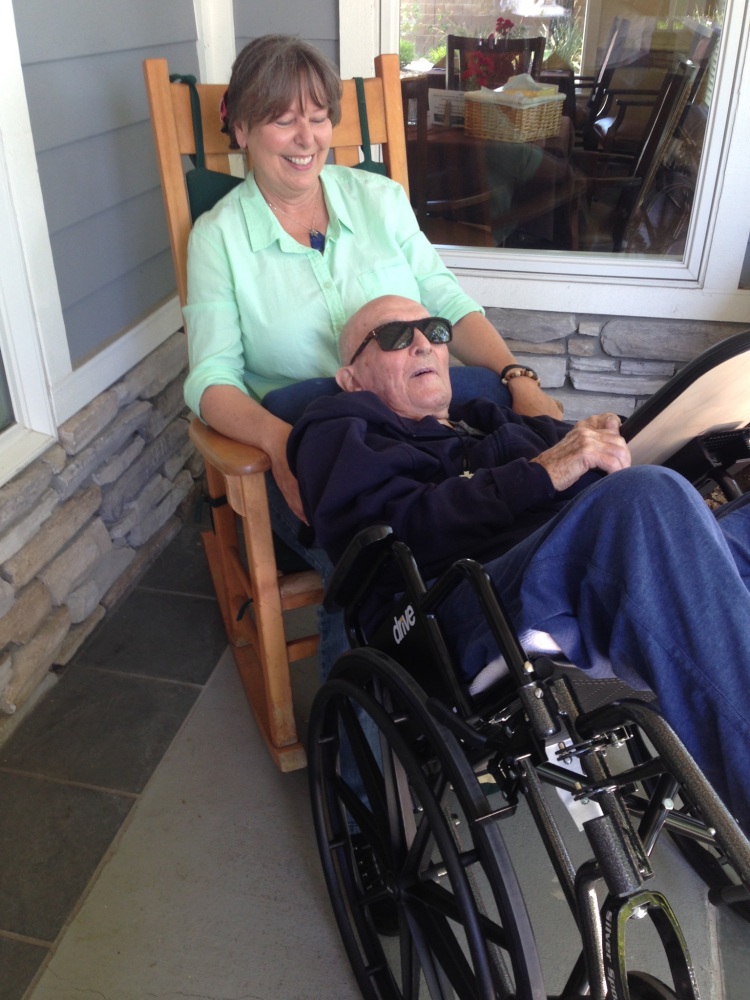 I don’t know what that means, but I thought I should write it down.

One thought on “Paul’s Alpaca Emporium”