Ahh, Miss Lexi. My plan was to bring you out to Utah so you wouldn’t miss Della and George so much. There were times, though, when I was afraid you would never want to see them again after this trip! But in the end you seemed to still like them, despite all their whining, wailing, and misbehaving. And for sure, we had some fun times…

Remember when we almost lost George inside a beach umbrella?

And remember when you were just a tiny speck in the reservoir with one or more of my children while I was chilling on the sand checking my phone? 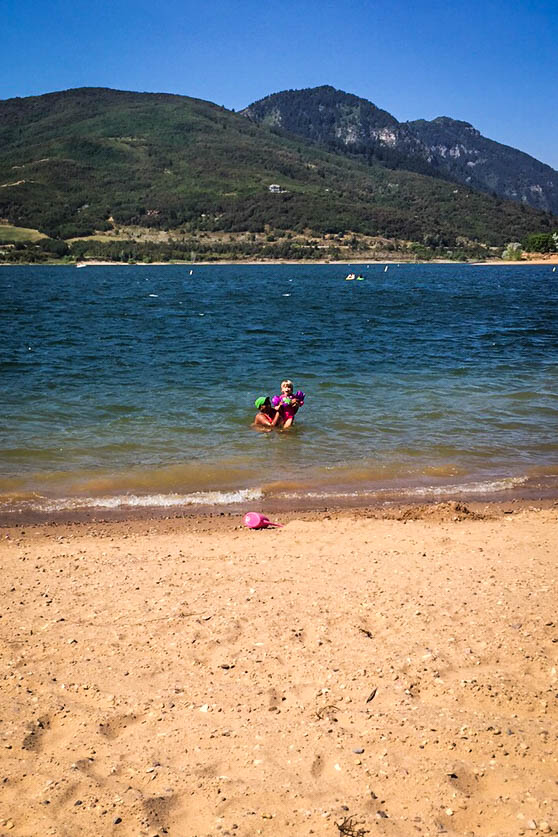 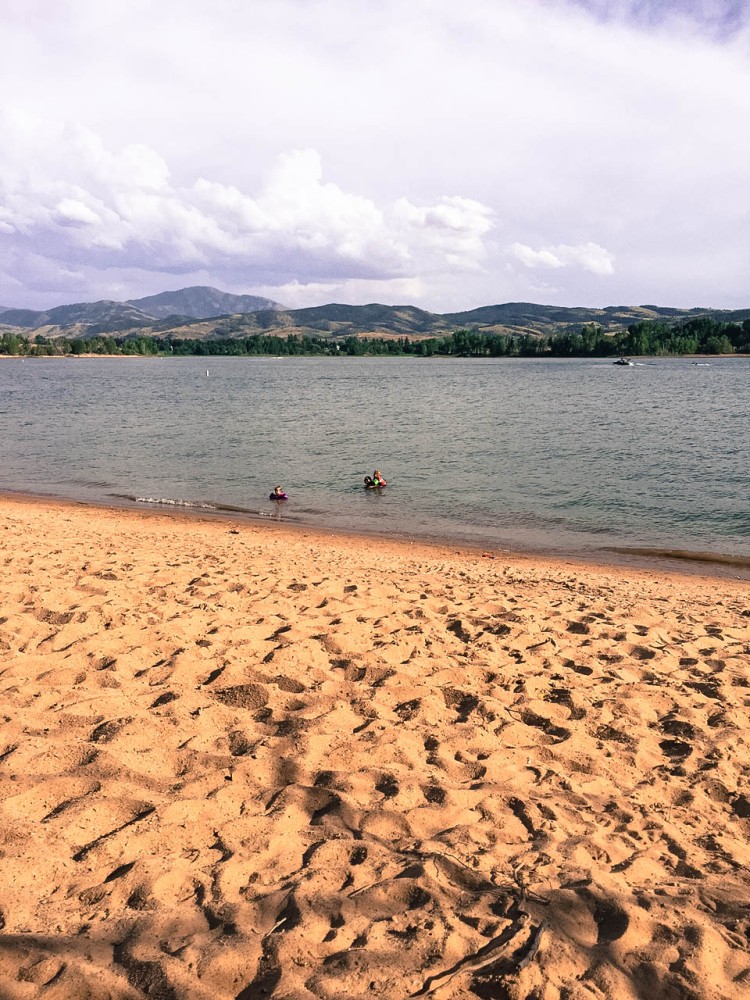 We did other things, too. Like watch the Balympics, at home and at this Tex Mex restaurant. Della was so impressed with Rio, she officially moved her imaginary family – husband, Eric, and their many babies – from Scotland to Brazil.

One of the days, George got a haircut. Some people like it; some people don’t. Some people prefer the shock and ambiguity of the old scruffy George to the severity of this new clean cut.

Lexi rode a horse for the first time! As with all of her accomplishments, Lexi passed this off as no big deal. 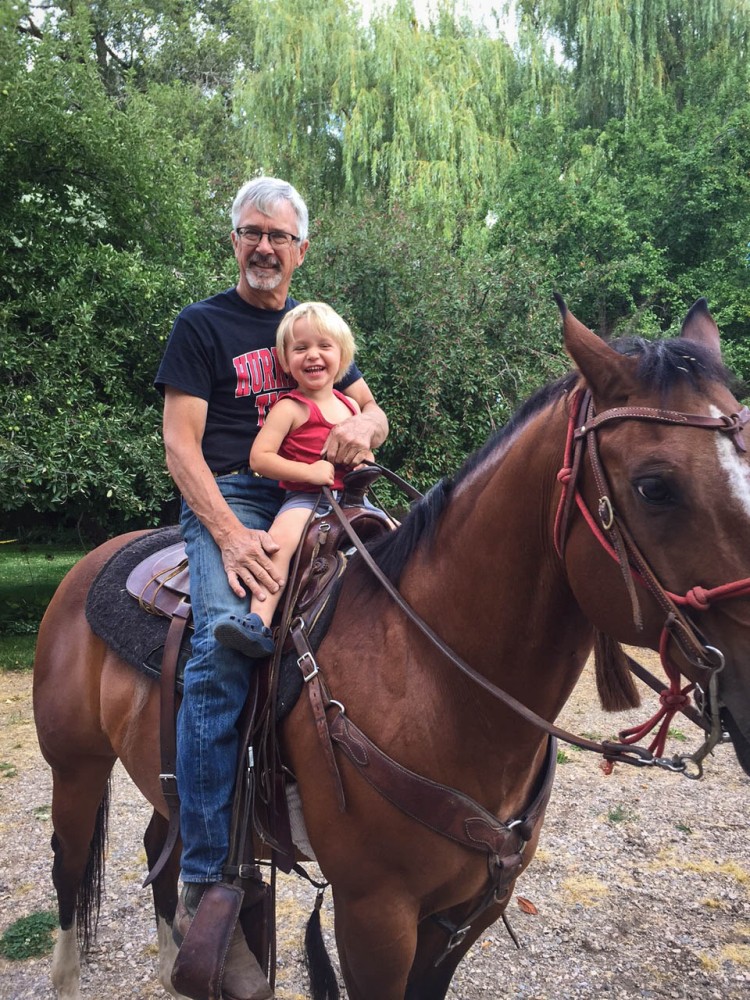 Another thing we rode: the gondola up the mountain.

On our mountain walk, Lexi observed that Della doesn’t like to walk and never has.

We watched more than enough of the free concert going on at the mountain’s base. Remember George pre-professional-haircut? 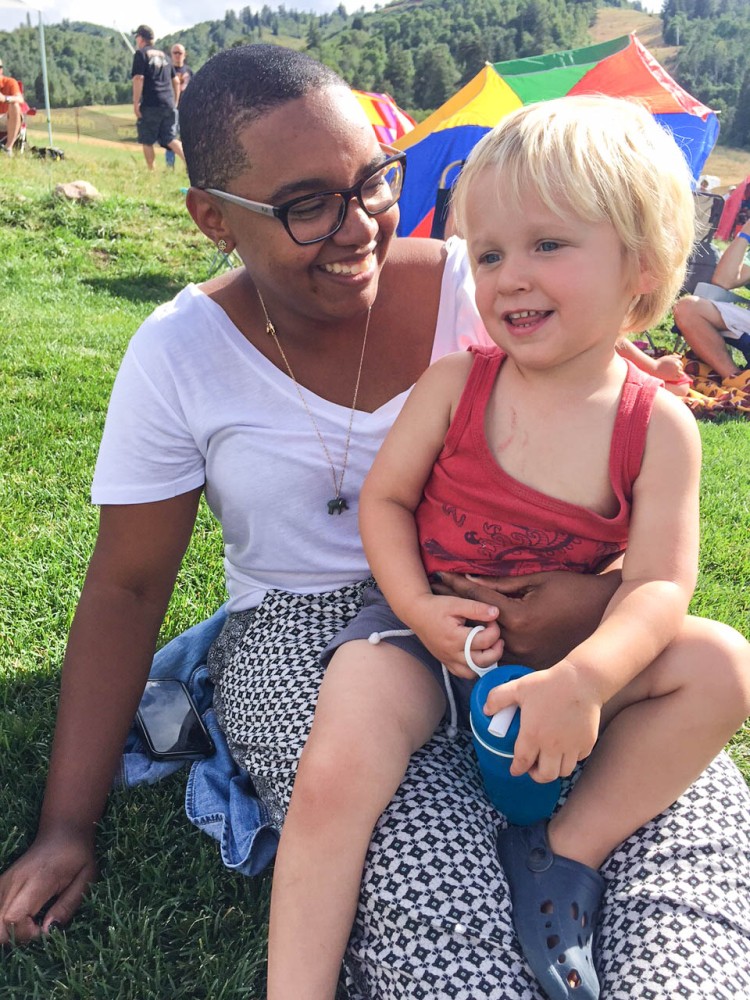 Look at this scary cat. George cut off its tuft of white hair “because it was too scary. Yeah.” 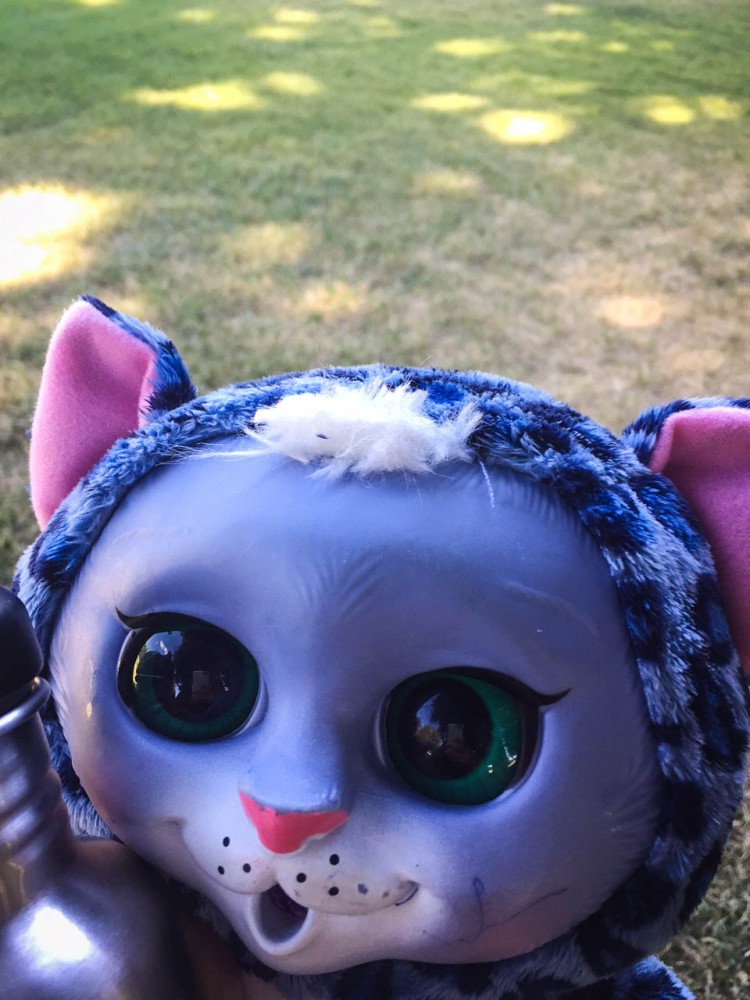 Okay folks, the ditch was running while Lexi was here. And what 19-year-old doesn’t appreciate a good irrigation ditch?

And what 19-year-old doesn’t want to pass her time at the local Kangaroo Zoo?

We snuggled some baby goats at Jorro’s farm…

Some of us even got our nails done. Della is sure patient when she wants to be.

Oh, look who else got his nails done… 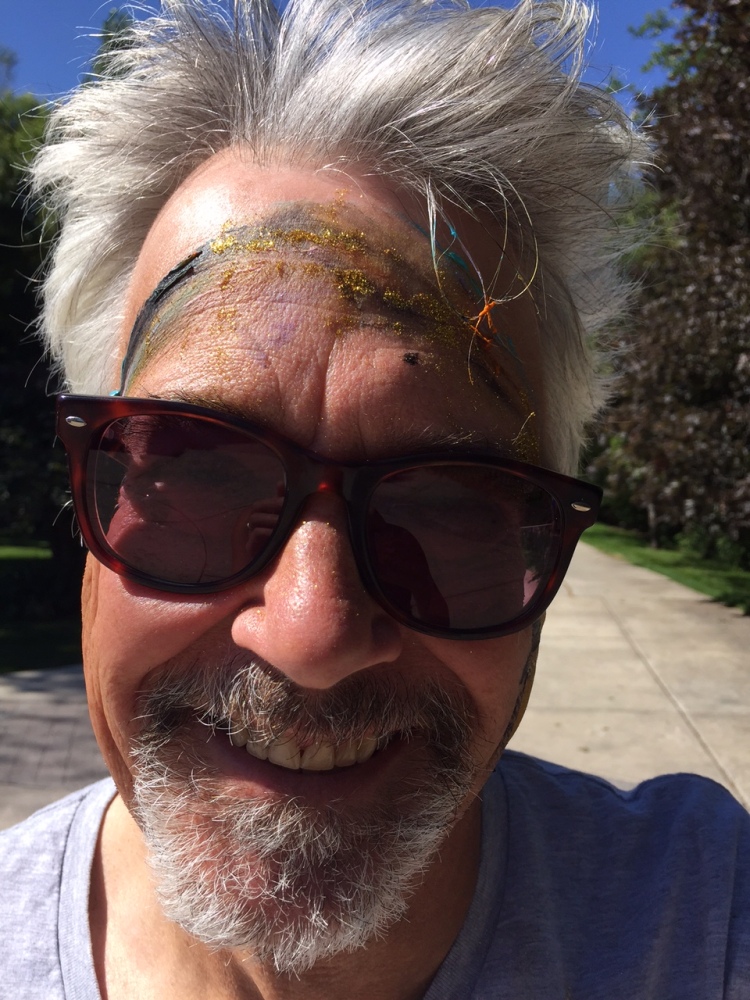 Dude, we went to Lagoon. My kids call it The Goon, just like I did. This place. Is. So. Fun. 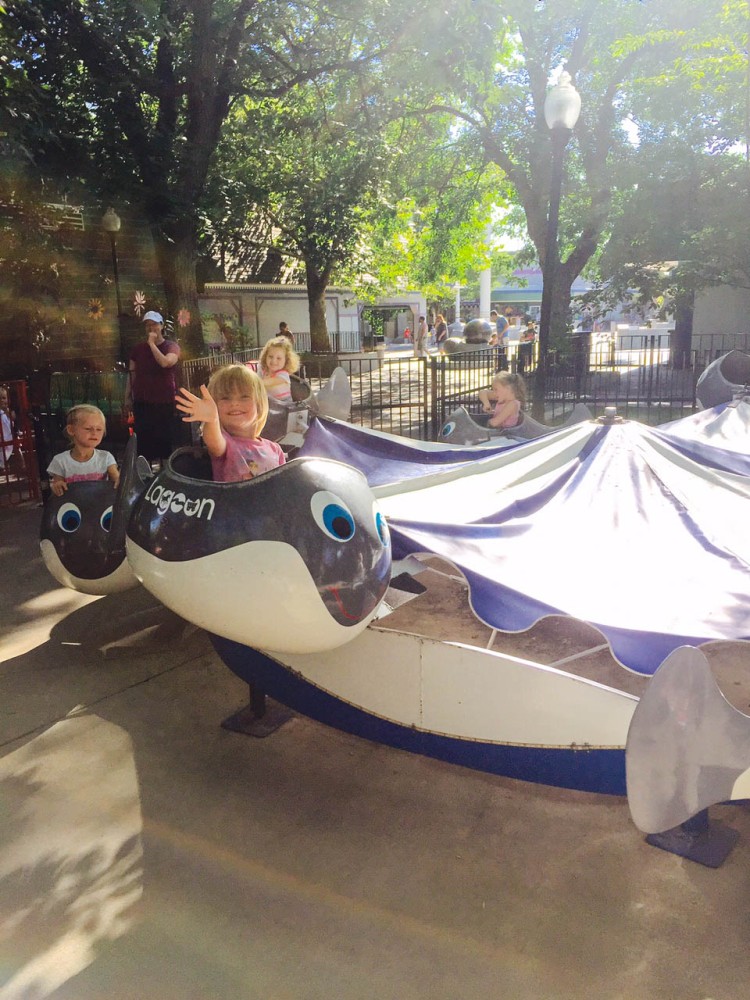 We made the mistake of taking George on BomBora, which is a lightly thrilling roller coaster that doesn’t discriminate against the small of height. Afterwards he swore off all rides forever, save for the teacups. 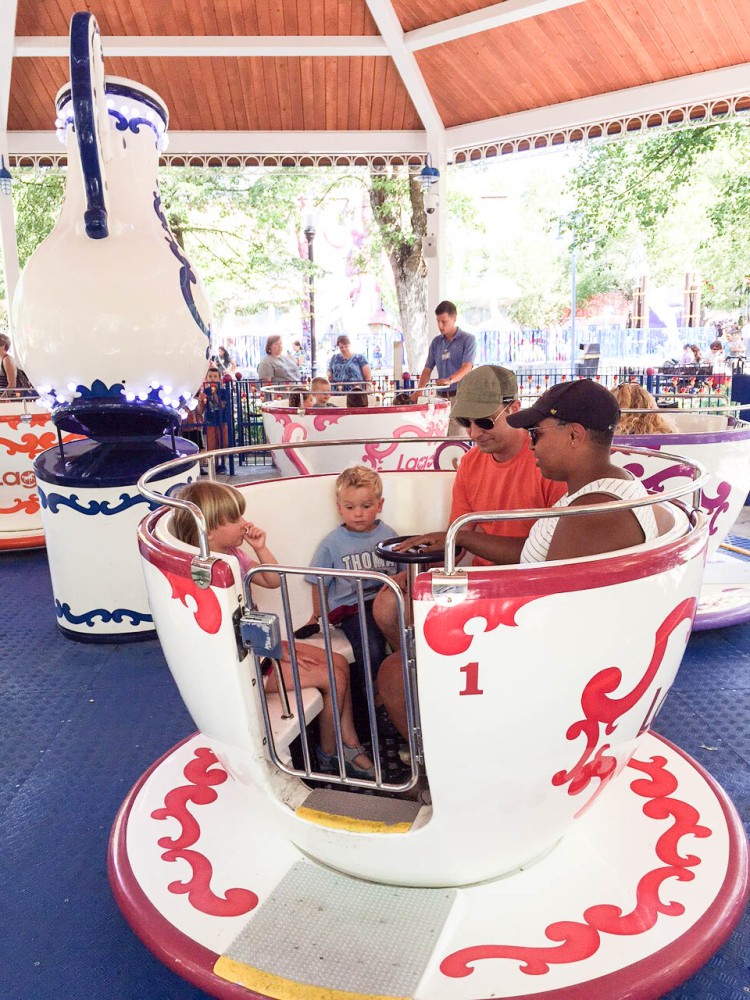 But I should have guessed both kids would have the most fun just watching the 15-year-old girl at the Guess It booth try to guess people’s age and weight. Della has a thing for girls with microphones.

Oh, we had a full-on tea party. Not up to my mom’s standards, but with the addition of a bubble machine, thanks to Grandma Linda.

We drove around in the back of the pick-up truck. 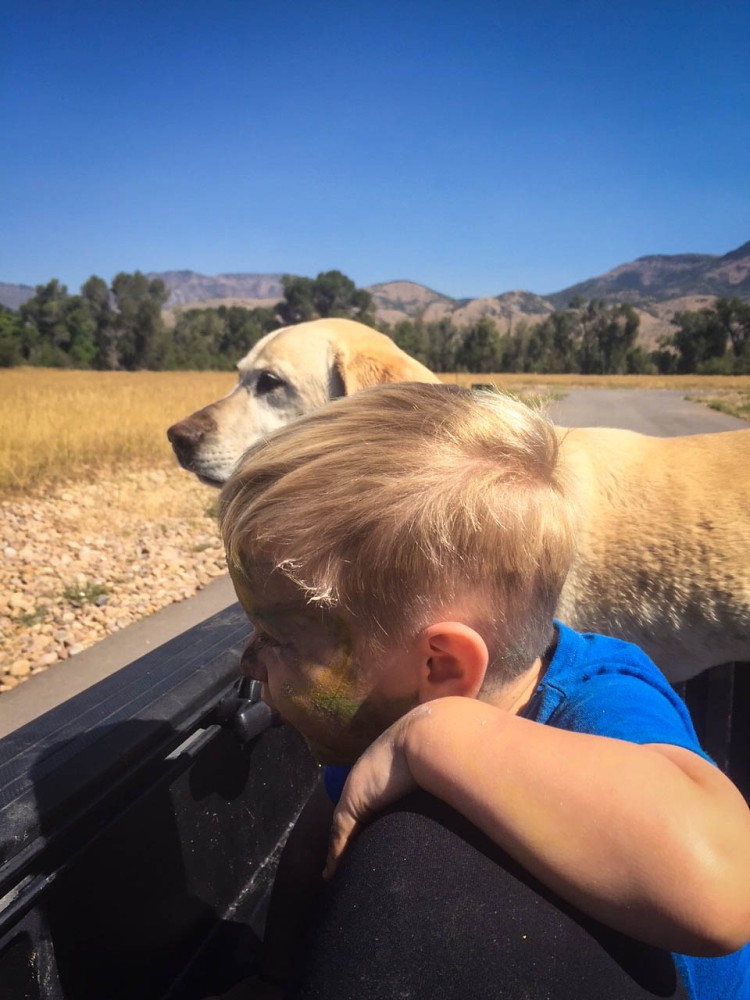 The kids did tons of chores…

…and never so much as glanced at a screen. 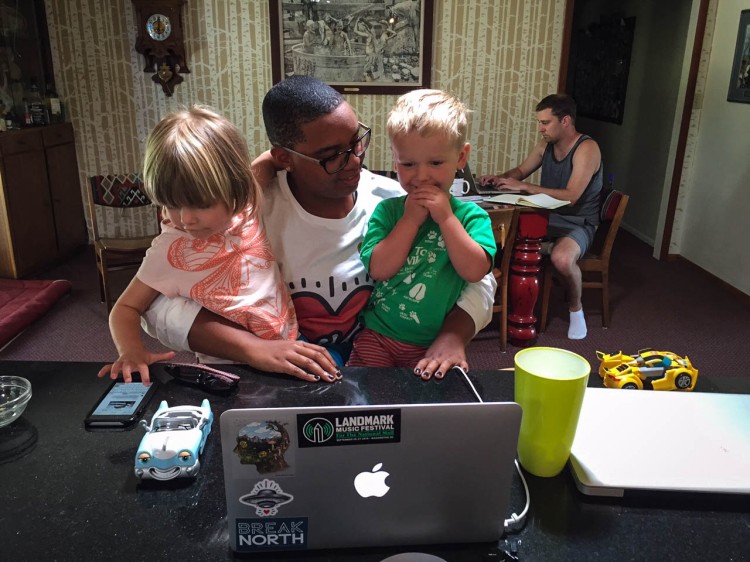 And Della put on a show. Lots of them. 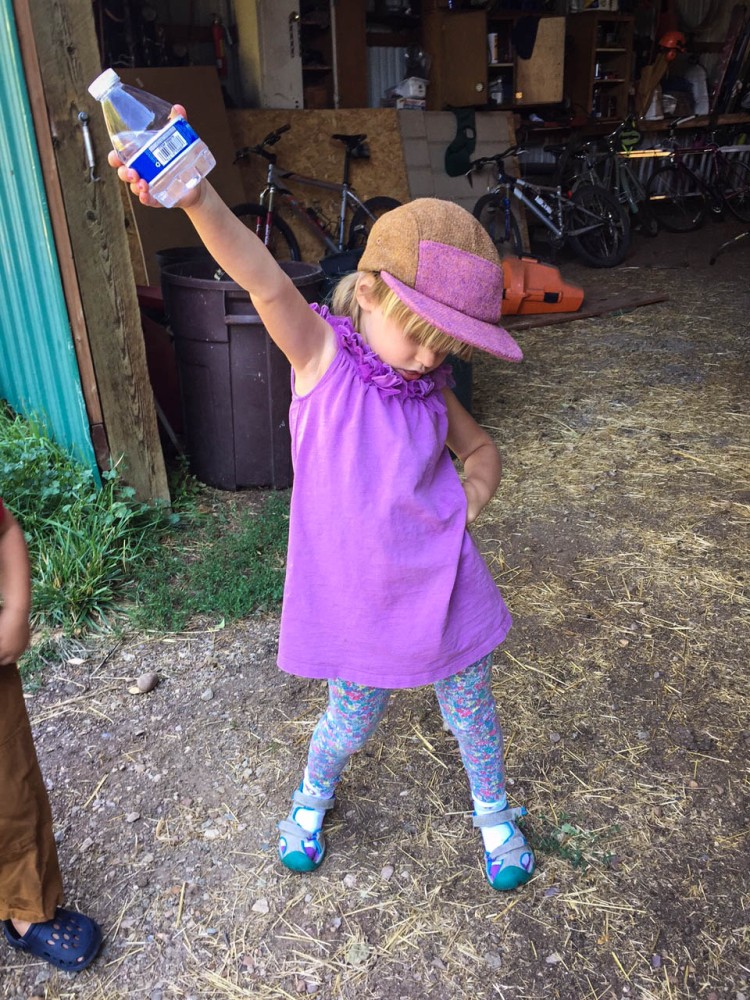