We drove several of our white trucks north to Bear Lake last weekend to see Flew the Coop play at a casual country club restaurant on the Utah-Idaho border.

At first we were concerned that we would not enjoy child-minding while camping in a parking lot. Someone saw us hanging out like this pre-concert and asked if there was a golf tournament going on. I don’t think you could get away with parking your RV in a country club parking lot in Virginia, but I’m not sure. 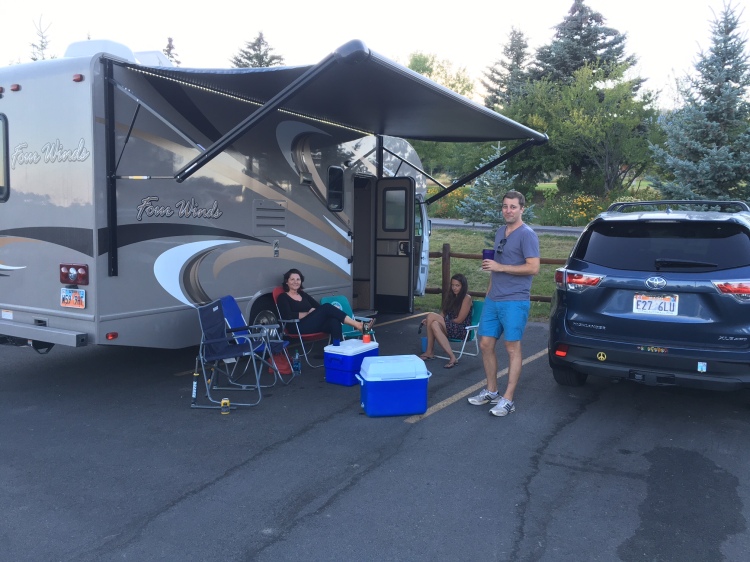 As Paul said, even though we’ve been listening to this band play these same songs forever, we’re not going to be able to see them play forever into the future. (Because they’ll probably get signed by a major label and tix will be cost prohibitive.)

Multimedia documentation was amateurish, but I assure you we had an extremely good time. (Like my kids, Paul has started cutting his own hair!) 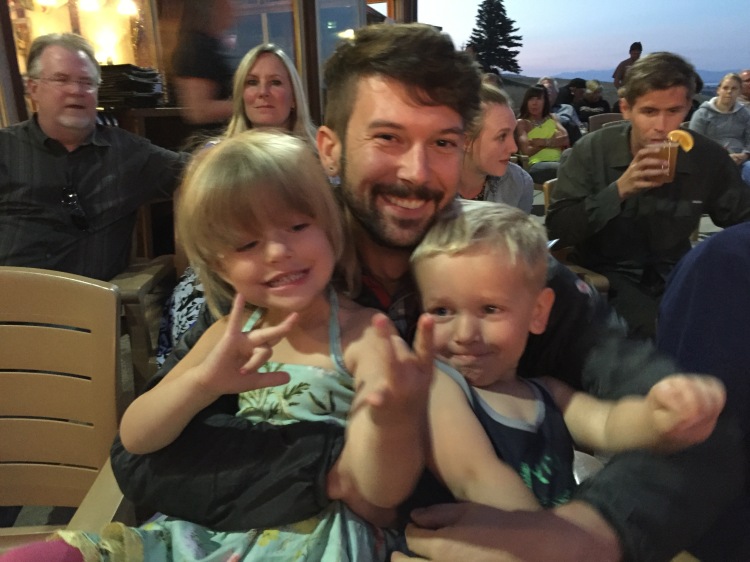 The children stayed up way late dancing, were awful the next day, but it was super worth it. At one point Della walked up to Bappa and gave him a kiss. Bappa invited all of the women in the audience to do the same. He got at least 3-4 kisses out of it.

Plus hugs from George. (Which you wouldn’t think of as a big deal, but George typically doesn’t snuggle men because of “sharpie things” on their faces.) 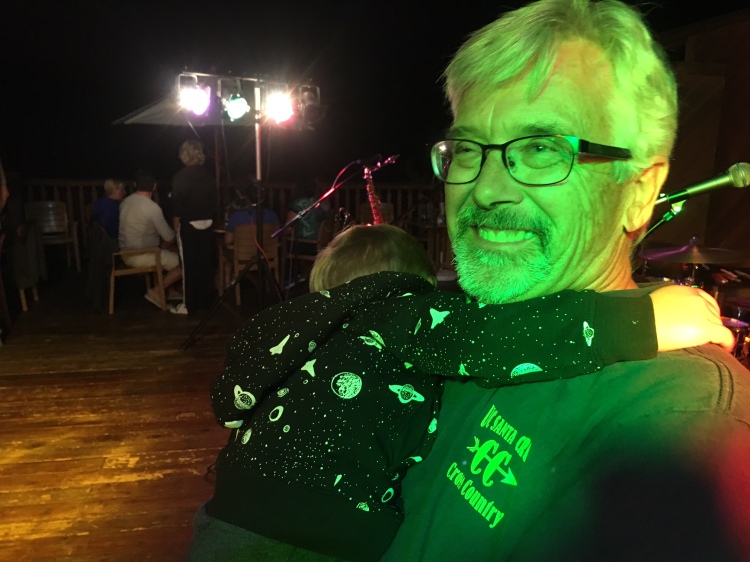 One thought on “Vintage Droubay”