Here is George at his birthday party at the Kangaroo Zoo. He was surprised to learn that he had turned 3. (Sort of turned 3. His real birthday is on Tuesday. So technically his surprise is entirely warranted.) Not yet officially 3, George has already found his Purpose. 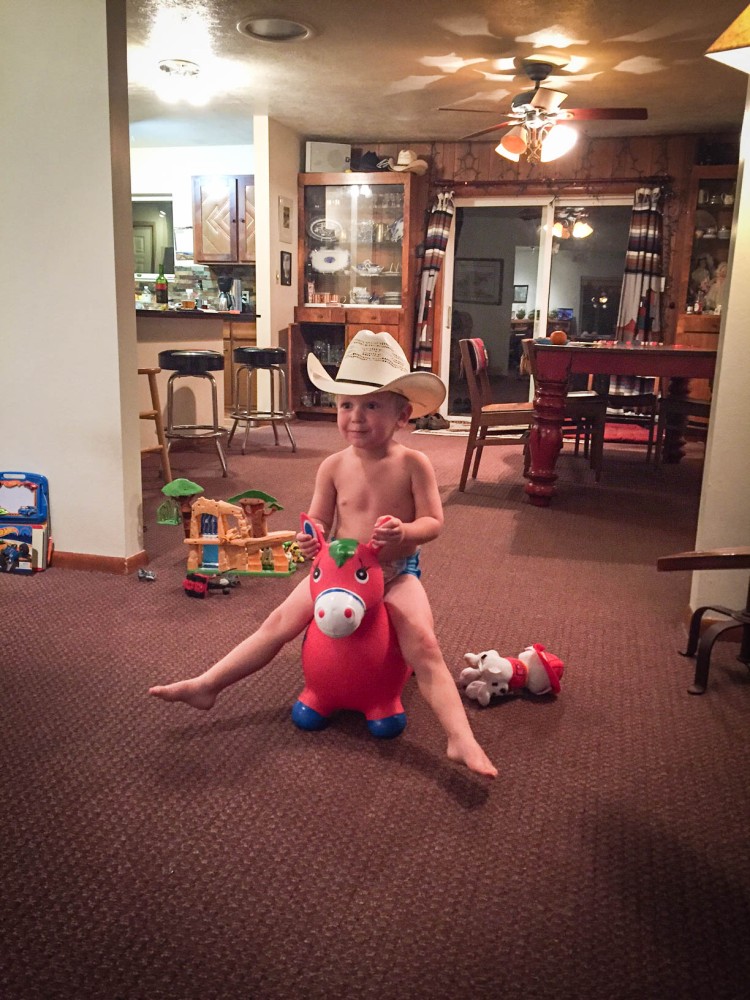 And that is: wearing a cowboy hat and riding this red pony. Trick riding, in some cases. 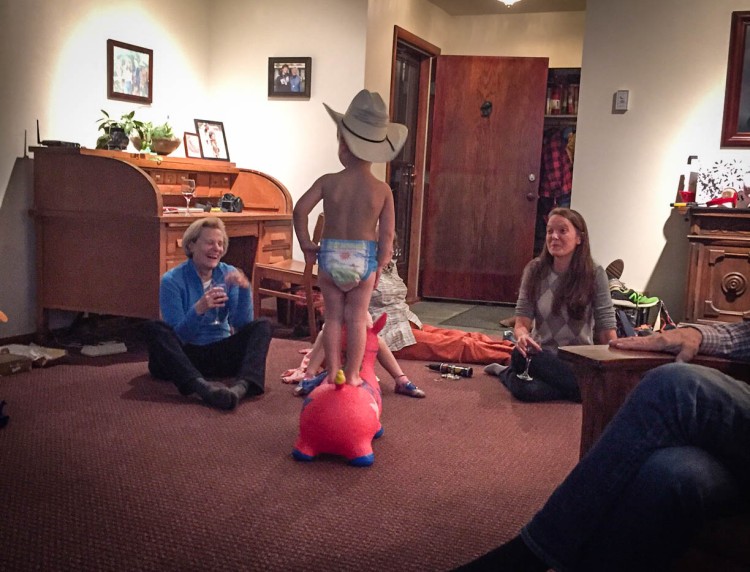 You’ll notice that a few days ago George was all set to be a lion for Halloween. BUT NO MORE, thanks to cowboy-themed birthday presents. 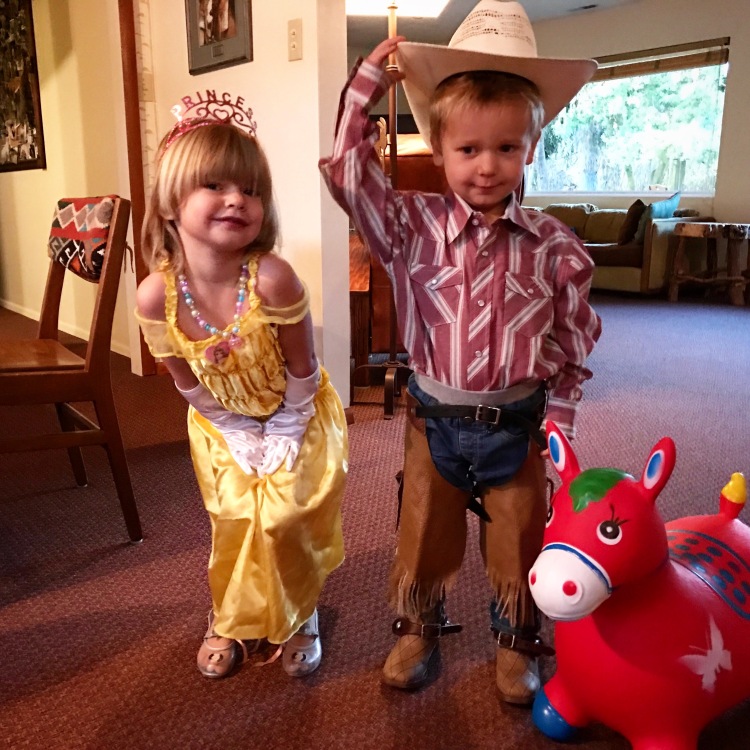 He even got real cowboy boots. His hat keeps falling off because it’s a little too small, even though Bappa bought the largest kid-size hat there is. Which means that George’s head is actually adult size. Bappa says we need to get his hat fitted with a stampede string. 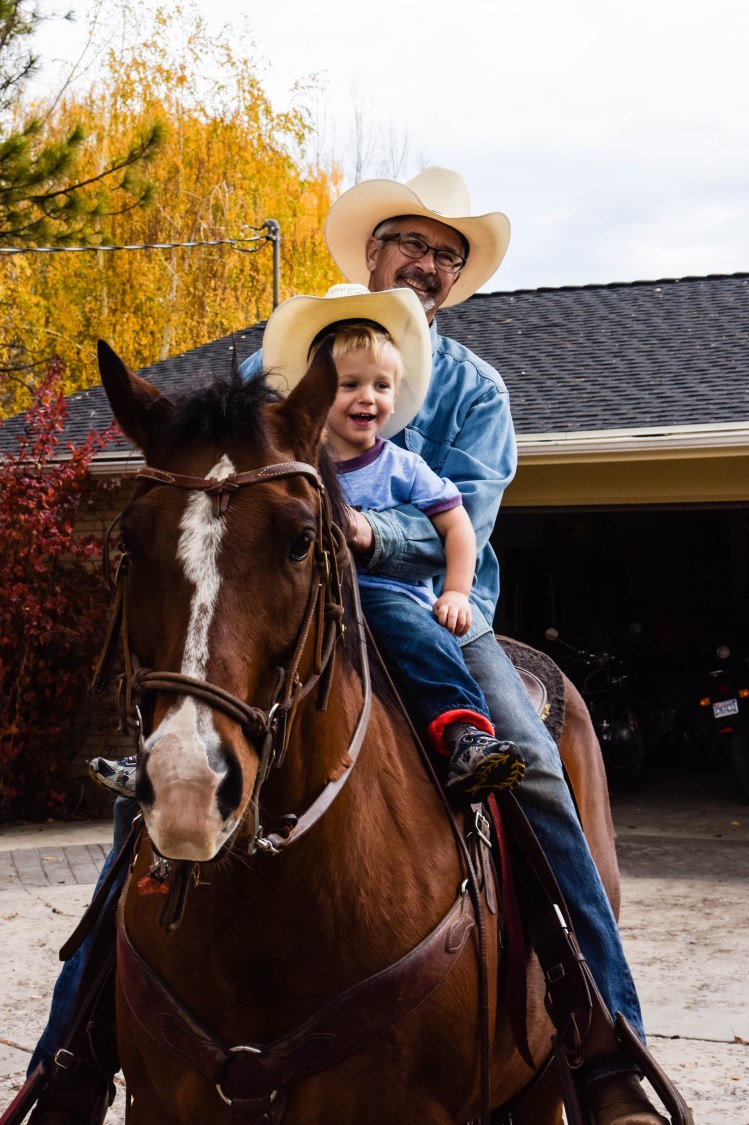 There is a lot else going on, including a visit from Conn and Linda. Stay tuned. In the meantime, enjoy this video of George, our awesome little dude, determined outlaster and snuggle master. I’m so glad he’s channelling some of his monster energy into a bouncy red pony, and bigger, realer horsies too.