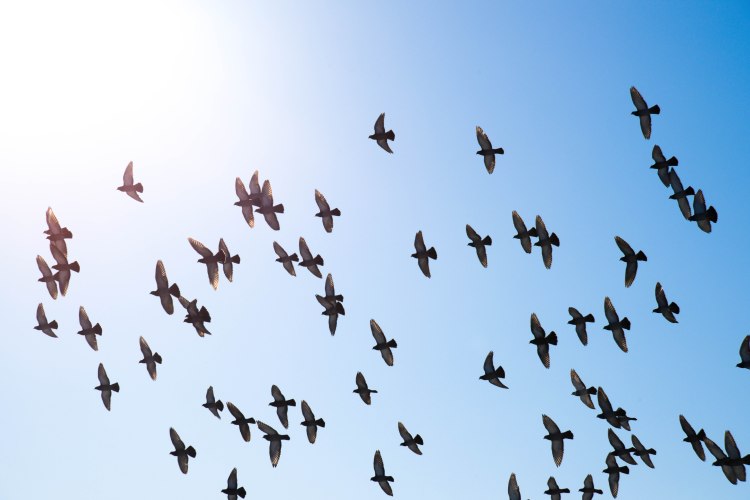 I like the post-apocalyptic emptiness of the Nature Center in mid-November. 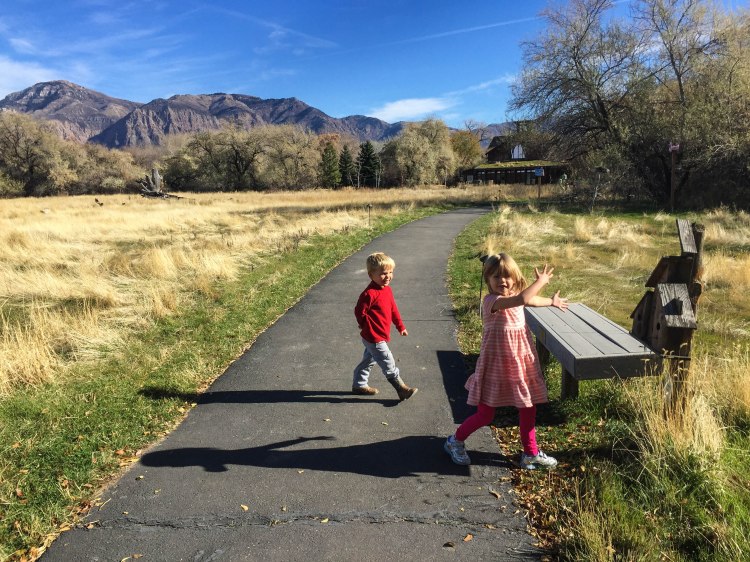 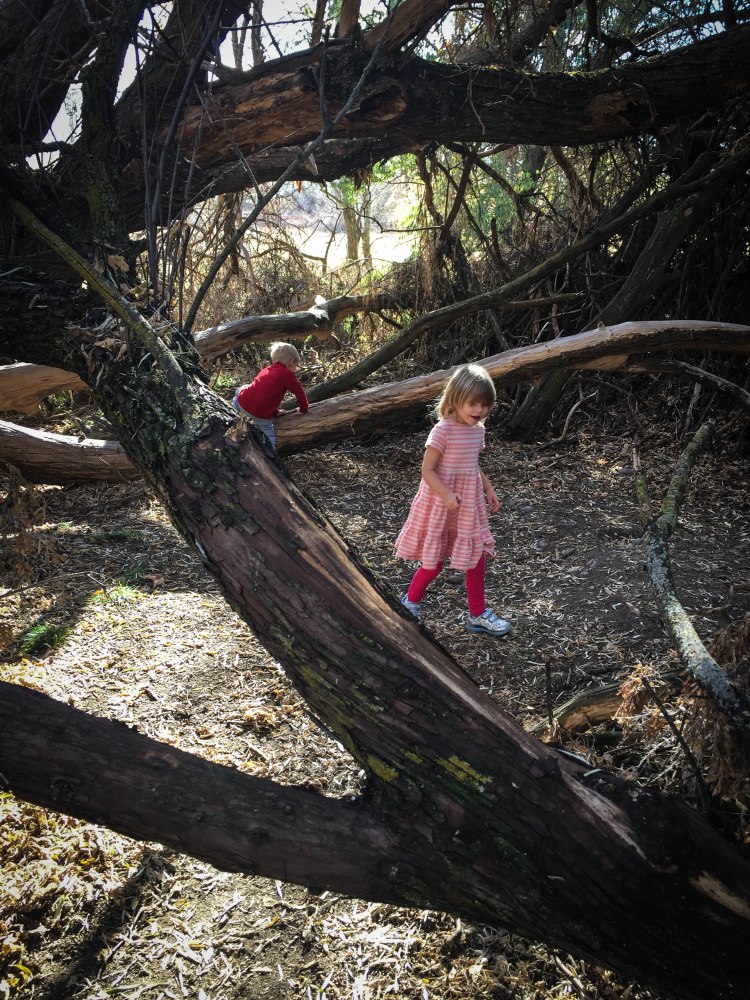 Della performed a feature-length puppet show with a sunshine and rainclouds. Midway through she said, “Now I’m going to pause for a minute because our Internet isn’t very good.” I guess it’s like when we were kids and said, “And now for these messages.” 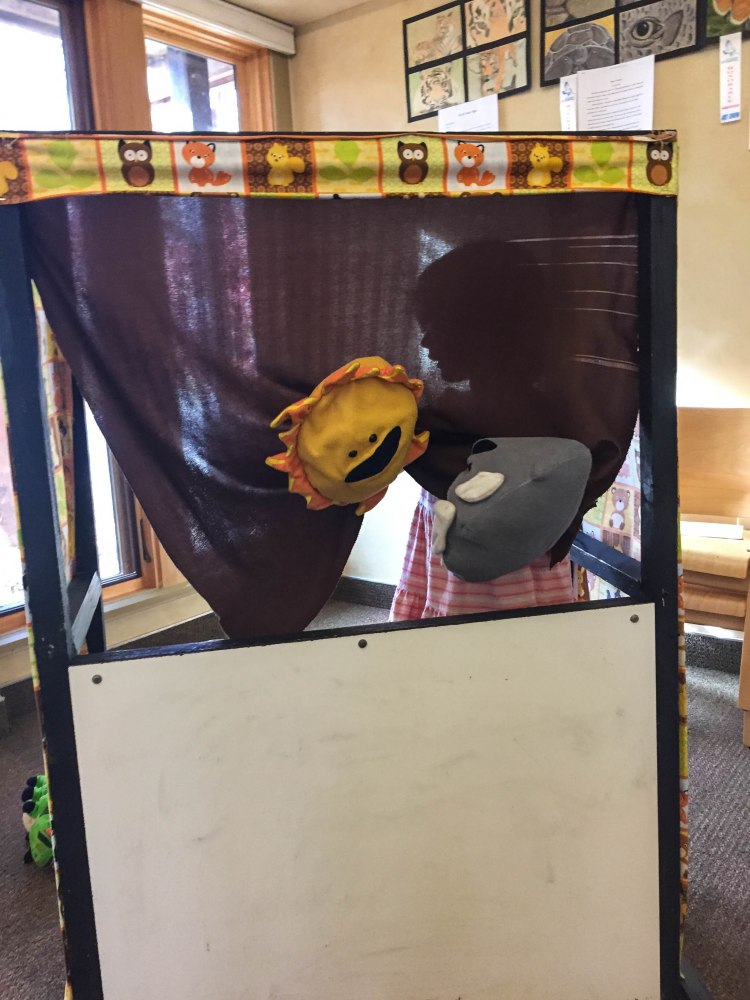 My mother famously used to pick up road kill to donate to this same Nature Center! I looked at the taxidermic birds and wondered if any of them had spent time in our freezer. 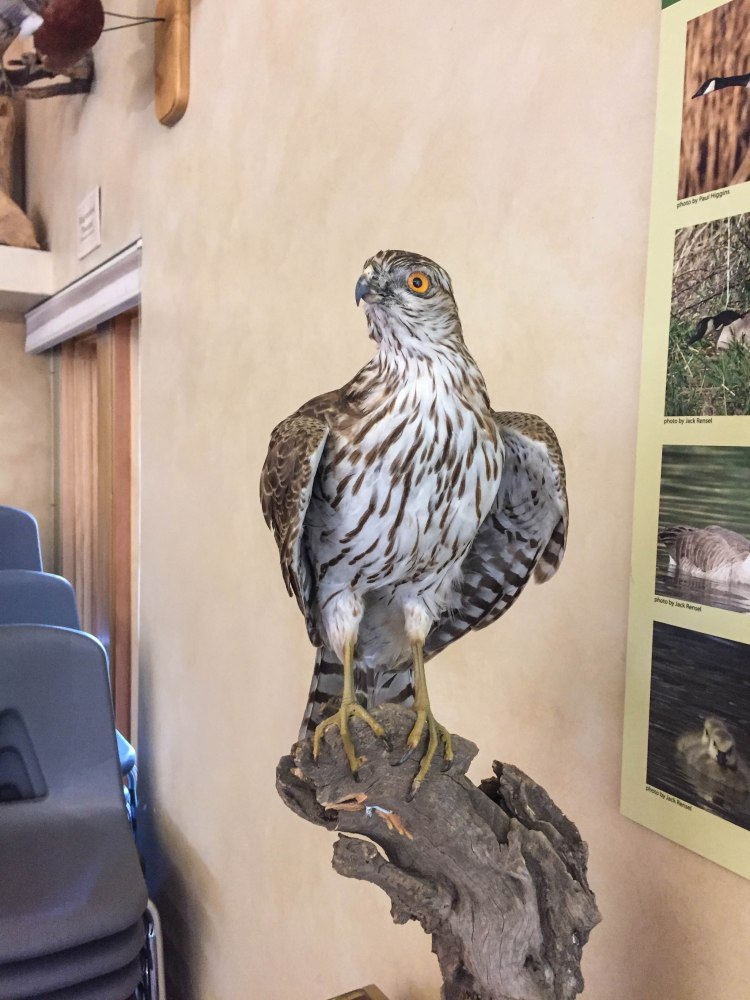 This bird was not taxidermic!

Found this in my vast collection of Rosie memorabilia. If only I’d found it sooner! 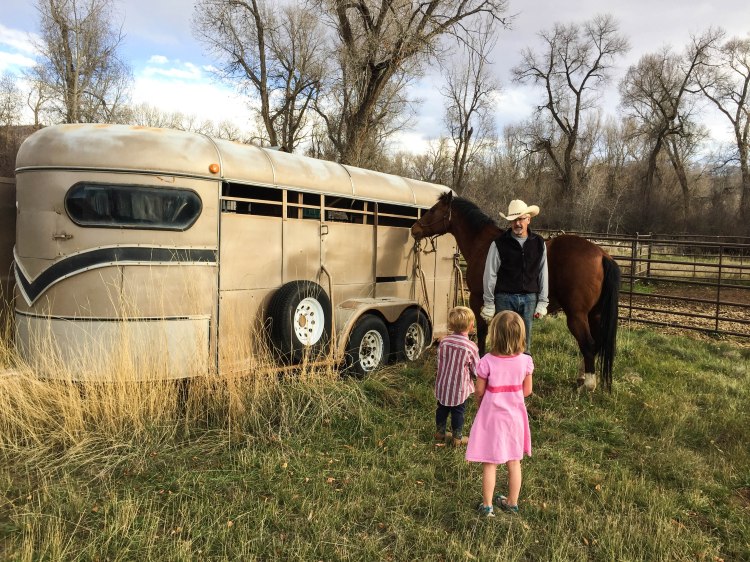 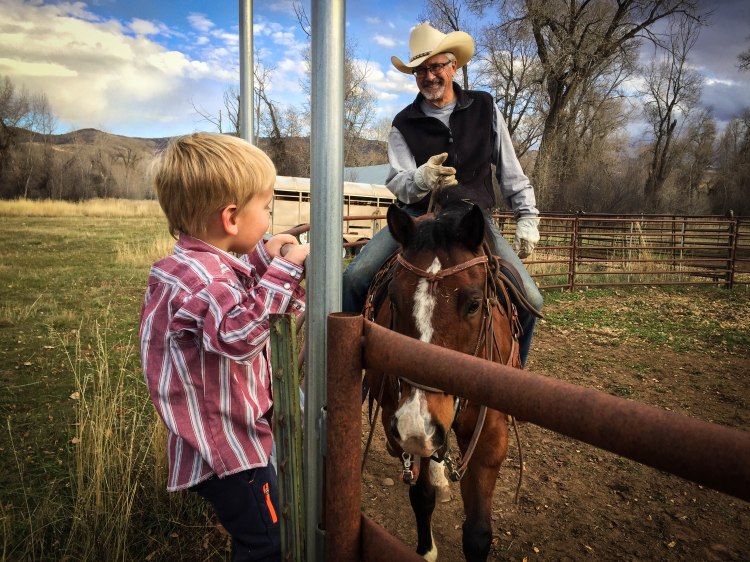 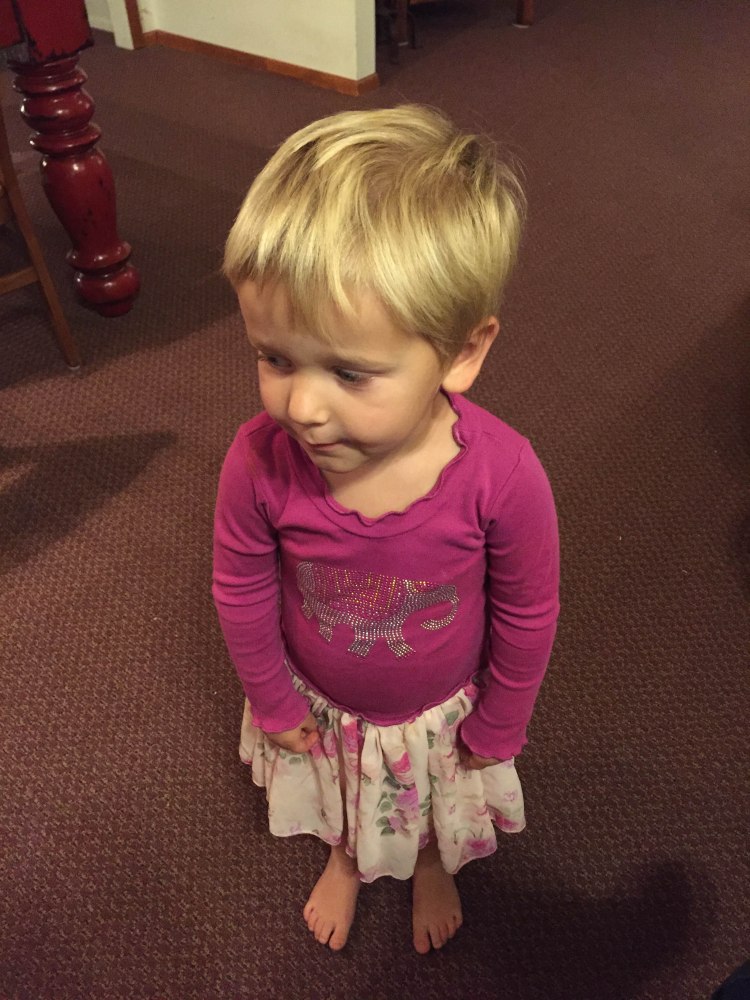 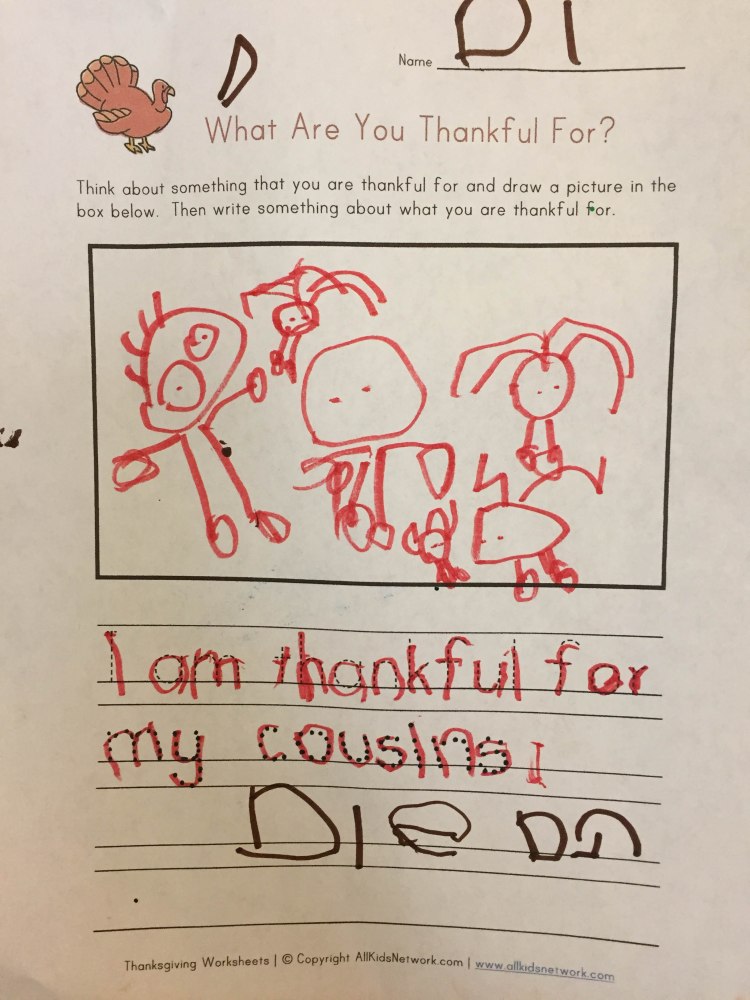 Playing a guessing game with Della…

Della: It has cheese in it.

Della: No, no, no. It has cheese in it. And it also has cucumbers and chicken.

Me: A cucumber, cheese, and chicken sandwich.

Snow, this morning, before school.

The day my mother died, everything felt fragile, like glass. I woke up the next morning not sure who would still be alive.

It was January, and when we walked daily to the nearby monastery, packed snow on the road cracked beneath our boots. The trees, encapsulated in ice, looked as if they might shatter. Snow crystals stood upright in the surrounding fields and flashed like razor blades in the sun.

It was a violent new world and a precious one. It was all beautiful, and it was all under siege.

This morning, Nov. 9, reminds me of those fragile days. Was it a nightmare? The sun still rises, some say today. But for my family, in our grief, mornings were the hardest. Because the sun confirmed the nightmare had been no dream.

The proverbial glass ceiling remains in tact, the iridescent confetti-stuffed cannons at Clinton’s election night party remain unfired. And yet I still feel assaulted by falling shards of a broken something.

“The sky is falling!” is Chicken Little’s sensational lament when she mistakenly believes the world is coming to an end. She is wrong. The world goes on. But it is a world – as depicted in the 1943 animated short, intended to discredit Nazism – in which a dishonest fox preys on the weak to incite mass hysteria.

Coincidentally and hopefully not foreshadowingly, today is the 78th anniversary of Kristallnacht, the Night of Broken Glass, the violence that marked the beginning of the Holocaust. As I tried to sleep last night, some of the visions haunting me were the scenes my imagination had conjured in elementary school as I read novels with Jewish protagonists set during World War II.

I remember that growing up in the prosperous ‘90s, I believed we were living in a post-war post-history. Until 9/11. Under Obama, I was beginning to believe again in a kind of post-history, to believe that life was getting better for all kinds of people, that the arc of history bent toward justice, and (or at least) toward exposing injustice. Yesterday, as I thought about the import of the day, the day I believed we would elect our first female president, every few minutes tears would well up in my eyes, like the waves of a rising tide.

Today those waters are frozen. It is unseasonably warm, but I feel naked and cold and easily shattered. I can only imagine how minorities, immigrants, the LGBTQ community, and people with disabilities must feel.

“I don’t believe the arc of the universe bends towards justice. I don’t even believe in an arc. I believe in chaos. I believe powerful people who think they can make Utopia out of chaos should be watched closely. I don’t know that it all ends badly. But I think it probably does.

“I’m also not a cynic. I think that those of us who reject divinity, who understand that there is no order, there is no arc, that we are night travelers on a great tundra, that stars can’t guide us, will understand that the only work that will matter, will be the work done by us. Or perhaps not. Maybe the very myths I decry are necessary for that work. I don’t know.”

These grandparents travel to all sorts of exotic places. We were honored to be on their itinerary. 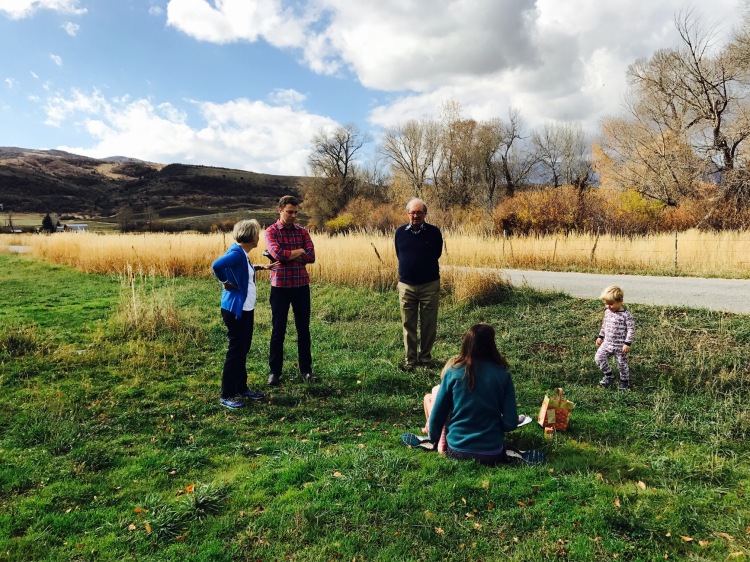 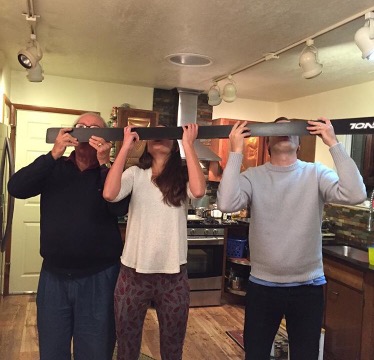 We miss you, they miss you.

Just like how he was surprised that his birthday party had something to do with his turning a new age, George was totally shocked and elated to discover that houses were giving out free candy last night.

Della dressed as pink-haired Belle, with a rainbow butterfly face, Cinderella slippers, cat ears, and a sensible jacket. My costume was a kind of mermaid sister.

…and some birthday morning sunshine.