Baby Waffles was born December 12, which is also Paul’s girlfriend Nicki’s birthday! Nicki’s family suggested Paul name the new baby “Nicki.” But roommate John has been eating a lot of waffles lately, so they named it that.

Waffles has one Nike stripe eyebrow. John found Waffles in the field when he was riding his bike home from work.

Paul says that Waffles weighs about nine pounds and that she doesn’t think she likes to be held, but once you’re holding her she does like it. 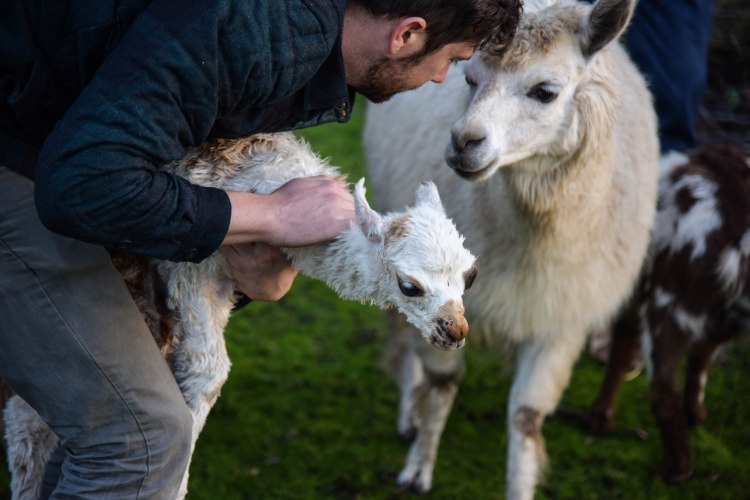 Her favorite hobbies are exploring the world, running up to things, and sniffing.

Actually this is just Baby Bennett trying to get some attention from her dad, Mike, while Mike makes moves on Big Fluff. 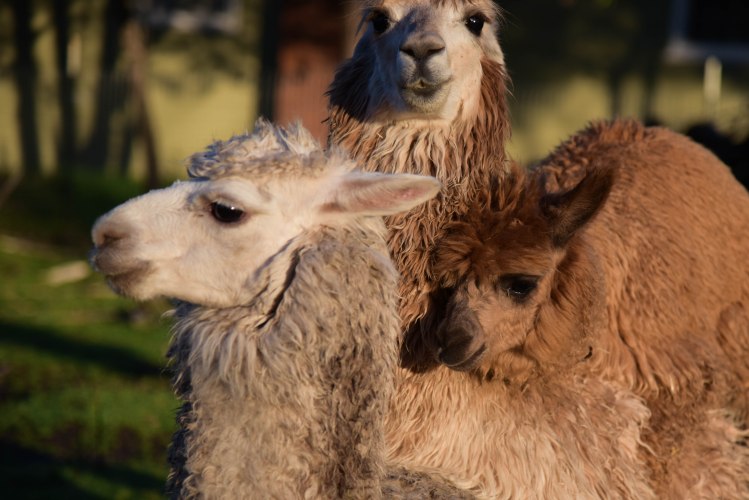 Don’t worry, Mike got snipped. There won’t be anymore alpaca babies. Actually Paul says there could be two more.

Bappa Mike says, “Mike is quite amorous. I wouldn’t be surprised.” 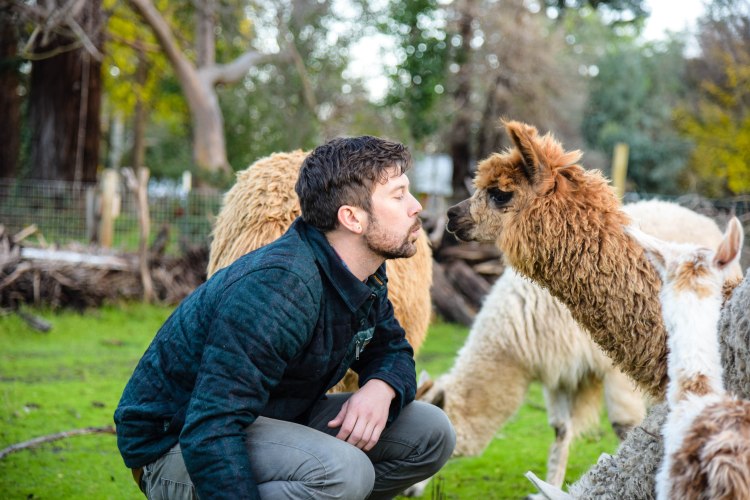 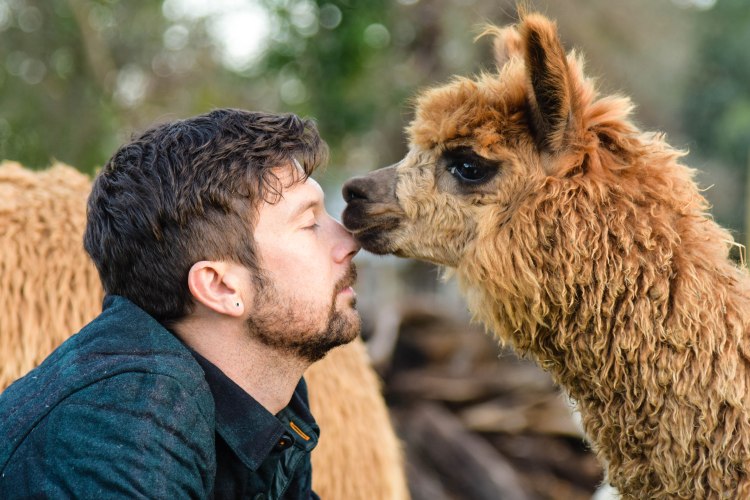 I asked Paul why he has so many animals. He said, “The goats came with the house. The alpacas keep the grass down and make manure. They are my friends.” Post Edit: Right after we posted these photos, we ate waffles.

We also regretted not mentioning Paul’s bees, which produced this honey, which we used in the waffles.