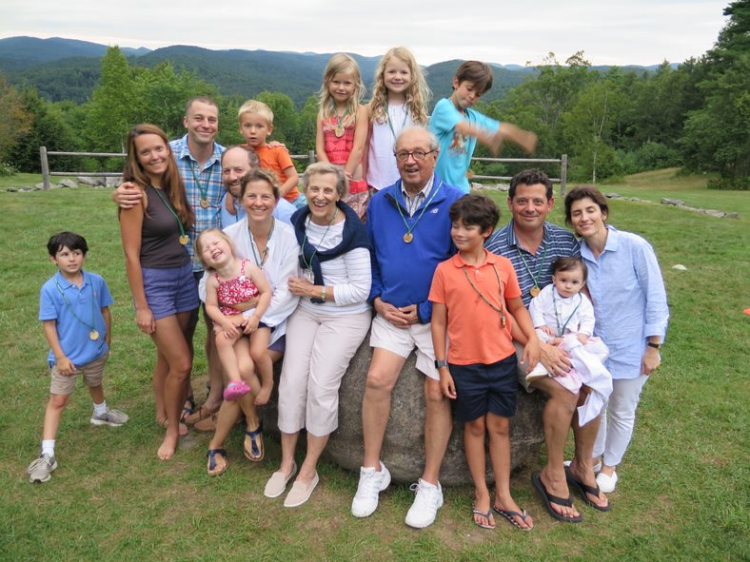 Some goings ons around here:

I asked the kids if they wanted to swing on the swing after dinner or go on a pajama walk. They chose pajama walk. Della said, “It reminds us of our childhood.”

George keeps saying, “When I’m 9, if Bappa’s still around, he’s going to get me a kid motorcycle.”

Della (walking into a rest stop in Vermont): I thought this was a college!

Della: I’m going to read these books to them when I’m grown up!
Me: To who?
Della: Well, when I get my kids. But actually I’m only going to get one kid because I don’t want to have my tummy hurt several times. Just one time.
Me: Okay, that makes sense.
Della: Do you think I should have kids?
Me: I think you should decide when you’re grown up.
Della: I think I should because I want someone to be proud of and I want someone to read to. And I don’t want to marry, so if I don’t have kids I won’t have anyone to play with.

Steve is drinking Emergen-C, and George asks what it is. Della says, it’s jubangi. I say, do you mean kombucha? She says yeah.

Della: My feelings are reading some manuals on how to be even sadder.

Della and George have put on a post-dinner play three nights this week. Della plays an 18-year-old princess named Harouna. George is a 3-year-old farmer named The Red Farmer. Harouna’s mom homeschools her because she doesn’t like the rules at the school. So Harouna is lonely. One day she goes on a walk and meets The Red Farmer. He has no parents, so she offers to bring him home with her to the palace. That night Harouna tucks him into bed and sings, “A friend! I finally have a friend! And yet something is still missing. What I do not know….” It sort of unravels from there, but it’s pretty good overall.