Months ago, before George was born, I imagined I could stage an elaborate Christmas card photo featuring Santa Della and her naked, elfin brother. I bought a toddler Santa suit and a newborn elf hat from Etsy and supposed we could get them to pose for the camera in a charming way, maybe in the woods. Shortly before George was born it occurred to me that I wouldn’t necessarily want to take my naked baby into the woods in November. Shortly after George was born I realized I would never on purpose get a good photo of these two together, ever. Or at least not in the near future. So we decided to go with a candid, un-costumed photo for our card. Here are some of the shots from our two unsuccessful shoots.

Della offered to rub her dirty duckie wing under George’s nose to make him feel better. 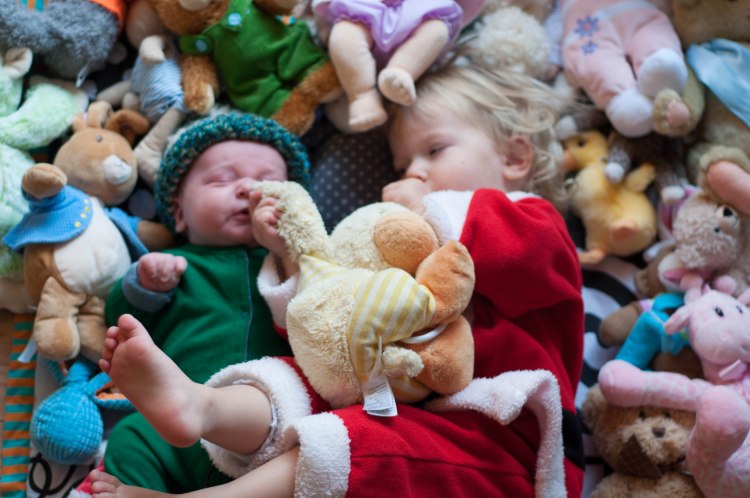 George cries a lot, and Della is aggressive.

This one’s not so bad, but it’s like, what is going on here?

In another, earlier shoot, it was intended that George would be curled up and sleeping peacefully, like newborns sometimes are. 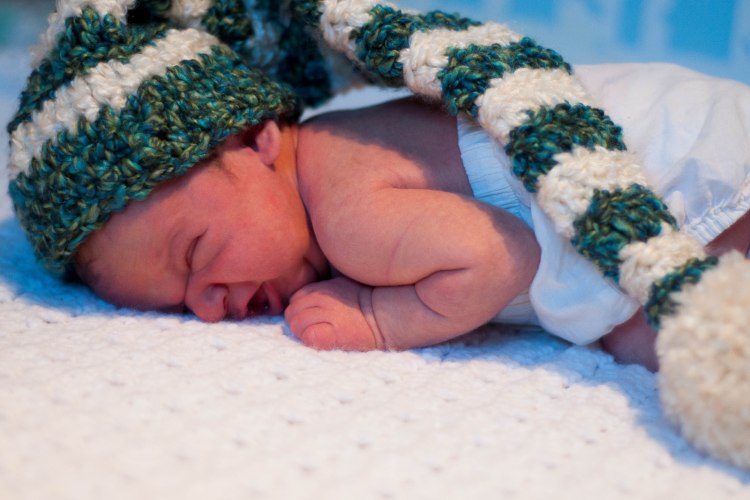 This was just sad. I’m sorry I had this idea. 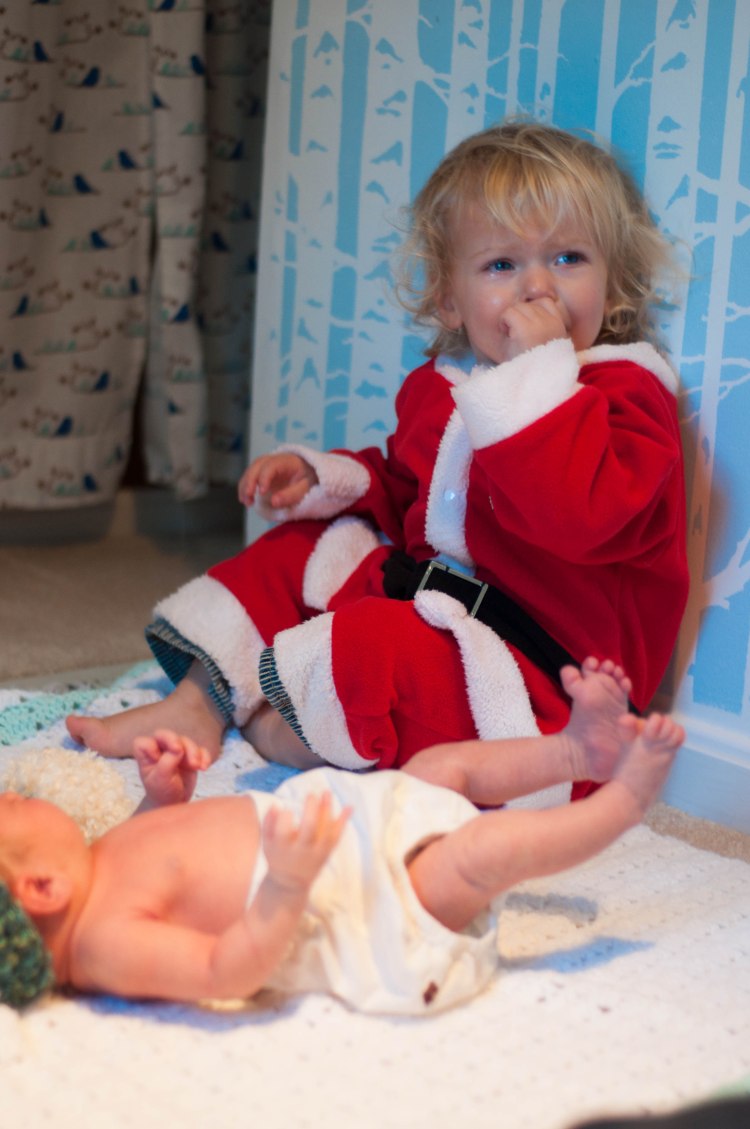