That’s just Della saying, “No, Baby!” I heard her say it like 10 times in her sleep when we were bed-sharing in Utah, firing up the nebulizer twice a night. It was, “No, baby!” “Okay. So.” and “There we go.” The rest was just nonsense.

Speaking of nonsense, right as George is starting to learn some English words, Della is just giving up on that and making up her own words, defiantly.

Speaking of defiance, here is George in all his anger. “Go!!!!!” he cries, trying to get me to put on his blue coat over his pink coat. It’s like this always. “Go!!!!!” He wants to go outside and ride in his red car and go places. 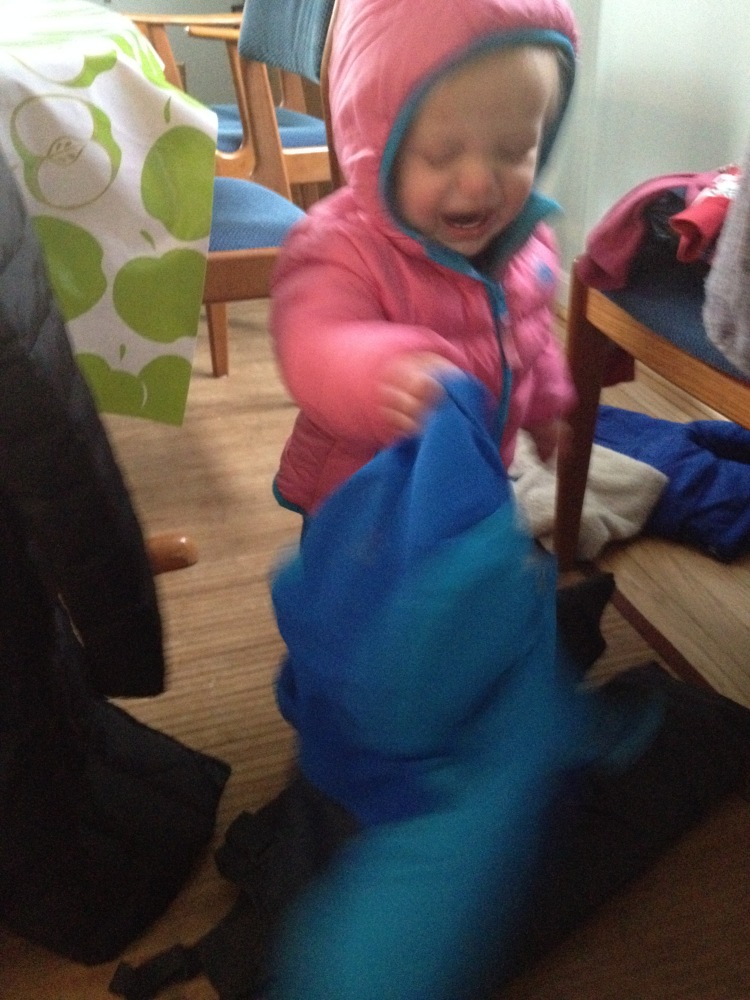 Speaking of fashion, here is a secret look from early 2015…